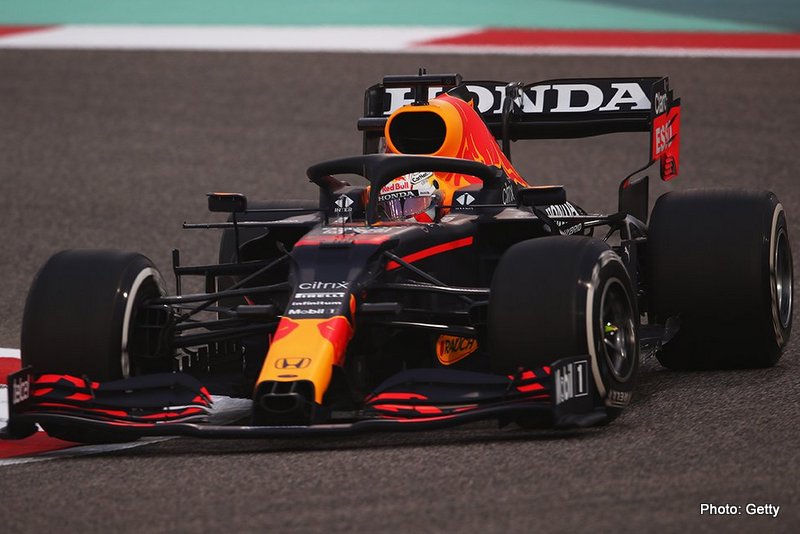 Max Verstappen admits that his new ride, the RB16B was stable enough in testing, making him comfortable while developing a good feel for it.

This year’s Formula 1 pre-season testing, which was held in Bahrain as opposed to Barcelona in previous years, was by far the best Red Bull and their star driver Max Verstappen have experienced since the start of the turbo-hybrid era in 2014.

Over the course of three days Verstappen enjoyed a smooth run, where he posted the fastest time, while the RB16B impressed with its on-track behaviour and reliability.

That suggested that this year may be Red Bull’s best and last chance to launch a proper title fight against Mercedes under the current set of regulations and before the highly anticipated reset of the sport’s rules scheduled for 2022.

Speaking at an internal Q&A session, Verstappen discussed his impressions from the shortened test and the new car’s performance, while evaluating the team’s title prospects against Mercedes.

“I didn’t mind having only 1.5 days in the car,” he said. “And for me the important thing was the mileage and seeing that the set-up changes we made over the test were working.

“You can’t talk about proper limitations yet as we have only driven in hot conditions and every track needs different things, but I have a good feel for the car. From my side the car was stable enough to feel comfortable, there are always things to do better but we are always making improvements and that is what the engineers will do.”

The Dutchman went on to preview the new season’s title fight: “For sure the test was a positive start for us and you can always be happy when you get that number of laps in and get a good understanding of the car but it doesn’t say anything about pure performance.”

But in a bid to manage the hype surrounding his and his team’s pre-season form, he warned: “I know people are excited and think we are just saying this, but Mercedes are still the favourites – how can they not be when they have won seven world championships in a row. I’m sure Mercedes also want people to think we are the favourites and put the pressure on us but we are just focussed on ourselves.

“You can be sure that everyone in this team and at Honda is pushing to beat them and anyone else who may be quick this year. I see every season as a new opportunity to beat them, but we would be stupid to expect that fight to be easy and look at testing and think we are ahead.”

Whether Red Bull are ahead of Mercedes or not, Verstappen is clearly excited to get out on track.

“I personally can’t wait until we are all pushing in Q3, that is when you will see everyone at full power with low fuel,” he added.

“That is the time to see who developed performance wise and then in the race we will see who can keep that performance over a race distance. Let’s hope we can be good at both.

“Now I have to deliver and the Team have to deliver so we can try and mount a title fight. We all know our roles and it’s good to see Honda and ExxonMobil have been pushing hard over the winter to make sure we have the best possible package in the RB16B for the season.

“I like the Bahrain track and it will be exciting to see our performance. It’s time to see who has got what.”

Verstappen now gears up for the first race weekend of the season on March 28 in Bahrain.