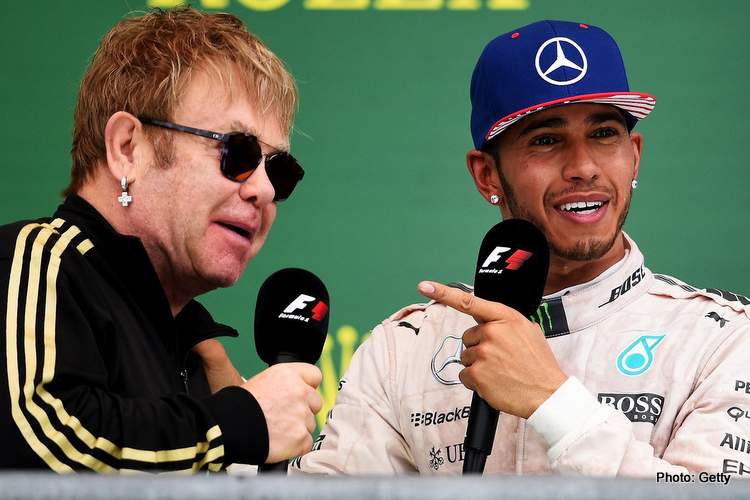 Lewis Hamilton is backing fellow knight, Sir Elton John, in calling out double standards of the Catholic church for its refusal to bless gay marriages.

Hamilton, who is Catholic, took to Instagram to express his frustration at the Vatican’s decision, sharing a post by Elton John which read: “How can the Vatican refuse to bless gay marriages because they ‘are sin’, yet happily make a profit from investing millions in Rocketman – a film which celebrated my finding happiness from my marriage to David?”

The Mercedes driver is quoted by Pink News responding: “Standing in solidarity with Elton John and the whole LGBTQ+ community on this issue. It is unacceptable that in this day and age, anyone should face prejudice or discrimination based on the person they love, especially in the name of God who we are told loves us all equally.

“It is incredibly sad that many will now feel they have to choose between their faith and being their true self, and I want my followers to know that I stand with you and I support you, and you deserve happiness. Love is love, don’t let anyone tell you differently,” added the seven-times F1 World Champion.

In 2017 Hamilton opened up on his faith to Interview Magazine: “I used to be insecure about the fact that I’m Catholic and that I have a relationship with God. It wasn’t until I got to Formula 1 that I really started to embrace it and feel comfortable showing it.

He added: “There’s a quote from Marianne Williamson: ‘There is nothing enlightened about shrinking so that other people will not feel insecure around you.’ I have that tattooed on my chest.

“She goes on to say, ‘We were born to make manifest the glory of God that is within us. It’s not just in some of us; it’s in everyone. And as we let our own light shine, we unconsciously give other people permission to do the same.

“As we are liberated from our own fear, our presence automatically liberates others,” Hamilton said at the time.

The 36-year-old has championed several causes over the years, last season he led the call to highlight racism by ‘taking-a-knee’ before Grand Prix starts and wearing T-shirts with messages about the causes he spotlighted.