Rosberg: For Mick it is ten times more difficult 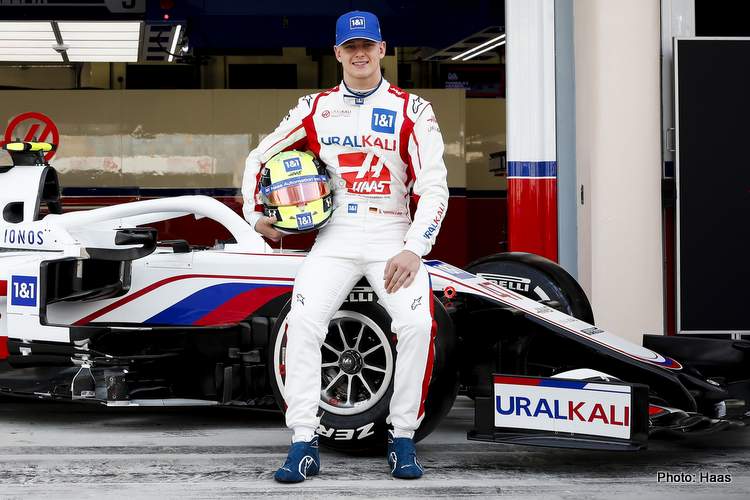 Nico Rosberg is the son of a Formula 1 world champion Keke Rosberg, the former Mercedes driver knows a thing or two of the pressure that comes with being the “son of” a great racing driver, something Mick Schumacher will be feeling ahead of his 2021 Formula 1 rookie season with Haas.

Rosberg junior won the title in 2016 and promptly quit the sport; while he hails the arrival of Schumacher junior in the top flight he also points to the pressure facing the 22-year-old ahead of his debut.

Rosberg was speaking with F1-Insider during an interview about the German’s upcoming Extreme E exploits, when the subject of Schumi III was broached.

He ventured: “It is not easy to be the ‘son of’ and for Mick it is ten times more difficult because Michael’s days weren’t that long ago and he was even more successful.

“The media attention on Mick will be great, initially probably even greater than that on Lewis Hamilton this season. I hope that Mick can put that aside and concentrate well on his job – otherwise, it takes away a lot of the fun.

“The media won’t give him time, but he’ll have to take it for himself. It takes time and patience. After all, I had to wait seven years to win my first race and even eleven years to win the title. You have to keep that in mind if you want to rate Mick this year.”

As for his own return to the cockpit, Rosberg will do so in the Extreme E series which is Formula E for off-road and has attracted a number of big names, including Rosberg’s former foe and Mercedes teammate Lewis Hamilton.

Rosberg has strong views about motorsport and sustainability: “Everyone has to deal with it – every company, every person, every sport. Sport in particular is an opportunity because we have such a huge reach. 24 of the 25 largest TV broadcasts of all time are sports events.

“Sport has a lot of power. That is why every sport has to do more and more to ensure that we serve the bigger picture and protect our future. And yes, motorsport has to take part too. Not just with technology transfer, as Formula E does or Formula 1 with lightweight materials, turbo engines and currently hybrids.

“Now the next step has to come. I would like Formula 1 to use synthetic fuels. Because there is still a lot to be done, the price has to be reduced and more efficient manufacturing options have to be found.

“If this could be used for developing countries, for example, it would be a great bridge until e-cars make the breakthrough there too.

“If Formula 1 could play a pioneering role in this regard, that would be mega. Lewis and Formula 1 did a great job last year with the black lives matter movement and the fight for more diversity.

As for the old rivalry that will resume when he takes on Hamilton in the dunes, Rosberg said: “I think you know us very well: Neither Lewis nor I want to finish second.

“We also have Jenson Button with us and many other teams. There will be a lot of fighting spirit. The nice thing is the more intense our struggle, the more attention we can generate for all the important issues,” ventured Rosberg..