Alonso: I felt I had something to do in F1 again 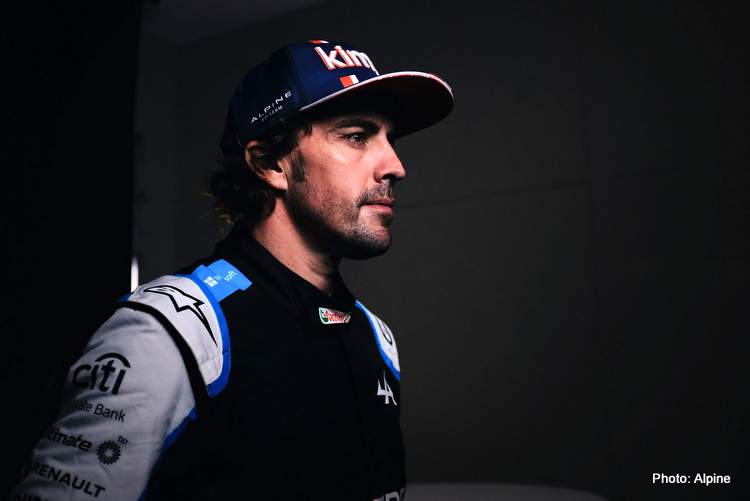 Despite having two Formula 1 world championships in his cupboard, finishing runner-up three times, making 97 podium appearances celebrating, 32 of them celebrating victory Fernando Alonso believes he still has unfinished business in the top flight.

The Spaniard, who will be 40 in July, is returning this season with Alpine — the team that as Renault took him to titles in 2005 and 2006 — in a comeback generating plenty of headlines.

Since he last raced for McLaren in 2018, Alonso has won the Le Mans 24 Hours for a second time with Toyota, competed in the Indianapolis 500 and finished 13th in the Dakar Rally.

He also won the World Endurance Championship in 2019 but, 20 years on from his debut with Minardi, still feels Formula 1 is where he needs to be.

“The main (reason) why I am here or came back was because I felt that I was at my best in the last couple of years… I felt that I was driving better than ever,” Alonso said during last weekend’s testing in Bahrain, which hosts the opening race on March 28.

“I had to make a decision on what was the next challenge after Le Mans, Indy, Dakar all the things that I tried.

“I thought that being at my best now, maybe Formula 1 was the place to be and I have time in the future to rethink some of the challenges that were not completed. That’s the main thing. I felt I had something to do here again.”

Alonso’s last race win was with Ferrari in 2013, at the Spanish Grand Prix, and he has not stood on the podium since his last year with the Italian team in 2014.

Four tough years that followed with Honda-powered McLaren reaped fewer points in total than he scored in any of his five seasons with Ferrari.

Renault finished fifth last year but had three podium finishes with Daniel Ricciardo and Esteban Ocon and are looking to build on that.

“I don’t fear any particular challenge,” said Alonso, who will race with titanium plates in his upper jaw as a result of a road accident while cycling in Switzerland in February.

“There are a couple of things that after being two years out I will have to re-learn a little bit and get used to but in terms of driving, or approaching the weekend and working with the team.

“I think it should be quite smooth. I was not two years at home, I was racing every weekend basically. It should be fine,” added the Spaniard.