Wolff: Struggles were not down to lack of a shakedown 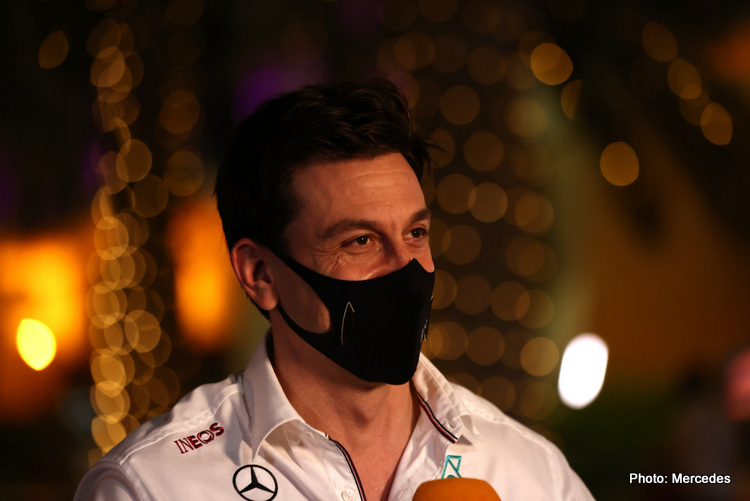 Toto Wolff has hit back at the suggestion that Mercedes struggled during Formula 1 pre-season testing because the team did not conduct a shakedown for the W12 E Performance.

Mercedes were the only team not to shakedown their new car ahead of testing in Bahrain and they got off to a poor start, limited to just six laps on the opening morning due to a transmission issue.

The reigning world champions finished testing with the fewest number of laps of any team, 306 in total, while Lewis Hamilton spun twice as he tried to get to grips with the new car.

Valtteri Bottas too looked uncomfortable with the balance of the W12 at times and the team’s headline times where unimpressive in general, as they failed to lap below the 1 minute 30 second mark.

Speaking after the conclusion of testing, Wolff addressed some of the concerns posed to him about the team’s chances of making it eight consecutive constructors’ championships.

“I always worry, sometimes for the right reasons, sometimes for the wrong reasons,” he said. “But pre-season testing is always exciting because you always find the hair in the soup, things that are not good and we had quite some struggle in the first few days.”

Asked why the team had not conducted a shakedown in advance of testing, Wolff added: “It’s not a matter of complacency. There’s a reason why there are not many teams winning world championships or doing it with consecutive championships. It’s an organisation that needs to stay energised and motivated at all times, and that’s not trivial.

“The shakedown, if it’s done in the right conditions, allows you to understand a little bit more, but our failures in the first days were not down to doing or not doing a shakedown.

“On the job list is that we will crunch the data. Try to understand where we performed well, and where not, where we had good correlation to our simulations and the tunnel and where not, and just generally, it’s like sleeping overnight on an idea. Next day you wake up more intelligent.”