Red Bull: We’ve got a really good base to build from 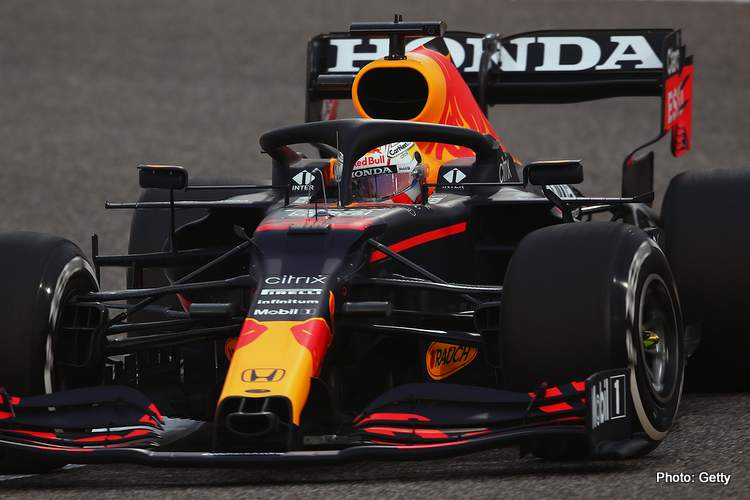 If there was such a thing as the ‘Formula 1 Testing Championship’ Red Bull are the 2021 Champs as Max Verstappen (afternoon) and Sergio Perez (morning) topped the timing screens after three days at Bahrain International Circuit this past weekend.

Add to that 422 laps covered by the Red Bull junior team and the 369 on the senior team lap chart, it seems the Japanese auto-giant intends departing the sport with a bang.

Test best lap time of 1:28.960 went to Verstappen using the Pirelli C4 tyre on Sunday afternoon, which was a tad over six-tenths faster than second-placed Charles Leclerc in the Ferrari, with Mercedes’ best effort over a second down on the prime time using the C5 option tyres.

Earlier in the day, before teams released qualy-style firepower, Perez was fastest for Red Bull which prompted Head of Race Engineering Guillaume Rocquelin to sum up: “Overall, this has been a positive test phase.

“Three days are never going to be enough; I don’t think anyone would say they are, but in terms of the time available, what we got out of this test was very useful. We’ve got a really good base to build from and we’re looking forward to coming back to Bahrain in a couple of weeks.

As for the programme on the day, he explained: “Both [Sunday] sessions were identical in terms of run plan. As opposed to the first couple of days, was more about trying to optimise the car and understand where we’re going, so shorter runs, more set-up items, a bit more time in the garage.

“We were still doing some development work but also really getting the crew and the drivers up to speed in terms of procedures and pit stops. It was a similar plan for both drivers and similar results for both.”

Those “results” being every box ticked for the Blues.

Typically Red Bull enter testing playing catch up, either chassis and/or engine and certainly, over the past two years, trying to bed in drivers not ready to share a garage with Verstappen.

Much time and focus was spent on Pierre Gasly who was expensive in his first test with the team and then Alex Albon who was simply out of his depth relative to the guy in the #33 car.

If ever a driver was collectively ‘manifested’ by F1 fans into a seat with Red Bull, they will have been rewarded by Sergio Perez delivering solid shifts as he got up to speed with his new team and then topped it all by going fastest in his session. He is an asset already.

The Mexican said in his team’s report: “The Team is doing a fantastic job. It doesn’t really matter where we start in Bahrain, it matters where we finish in Abu Dhabi. It’s crazy to think that pre-season has already finished, it feels like it only just started.

“Now we just want to look forward to the race weekend. We’re going to take it step by step and be patient in the beginning and then things will come to us.”

Verstappen was his feisty self, immediately on it despite very challenging conditions over the first two days on the island kingdom.

Undeterred the Dutchman flung it around in jaw-dropping style, clearly relishing the B-version of the Red Bull RB16 in which he won last year’s season finale, with a thorough trouncing of the World Champions on the night.

This evolution appears to be spot on, an errant engine cover flying off was the extent of their dramas.

Verstappen’s confidence in the car was notable, as he pushed the edge and tested its boundaries irrespective of the conditions; this is a car that suits him no doubt: “We can say it has been a good weekend.

“But of course that doesn’t give you any guarantees and all teams are doing different programmes at testing. We always look into what we can improve and for sure there are still things we want to work on but I think all teams will have that.

“We’ll find out for sure in a couple of weeks in Q3 where we really are but in general I would say the car feels good and I’m looking forward to going racing,” added Verstappen. 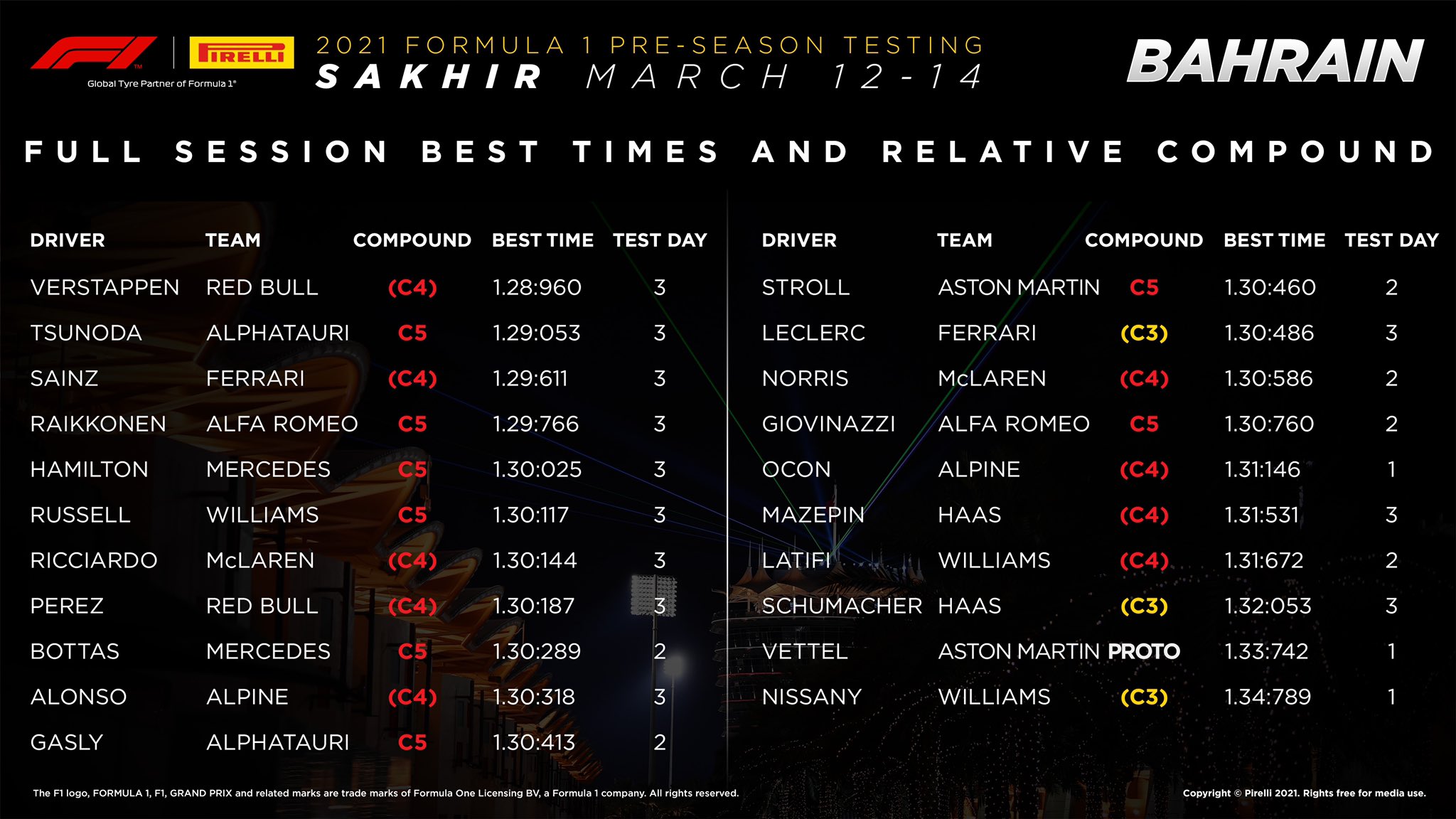