Tsunoda: Jumping out of the car in P2 is a great feeling 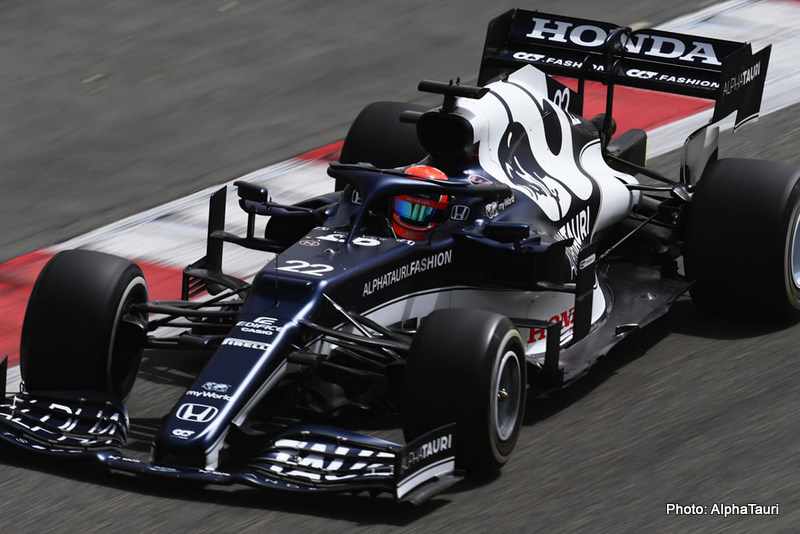 Yuki Tsunoda said it was a “great feeling” to finish second fastest on the final day of pre-season testing in Bahrain.

AlphaTauri completed 422 laps across the three days, more than any other team, and were consistently posting some of the fastest headline lap times.

Tsunoda, who finished third in F2 last season with Carlin, was very impressive during his first pre-season testing with the team and was clearly delighted to finish on a high.

Reflecting on the work he put in at the Bahrain International Circuit, Tsunoda said that he learned “so much” but would not be getting ahead of himself.

“Jumping out of the car in P2 today is a great feeling,” he said. “Of course you can’t get too ahead of yourself, as it’s only testing, but it’s great to finish the three days on a high.

“I’ve learnt so much over the last few days and collected crucial data for the team that we’ll now go back and analyse ahead of the first race. I think for me it’s great that we’re returning here so soon for the start of the season as I’ve managed to complete a lot of running here now and understand the track well.

“We’ve had a few small teething problems but that’s exactly what you’d expect from testing – we’re here to work everything out so we have the best possible package available to us come race day. I’ll continue working hard over the next few weeks and I’m excited for it to start!”