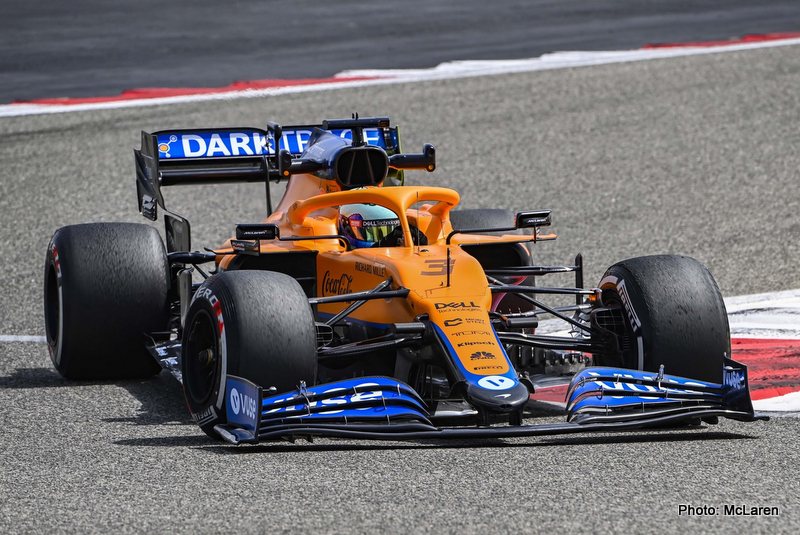 Daniel Ricciardo enjoyed the ideal start to his McLaren career as he went fastest on the opening morning of Formula 1 pre-season testing in Bahrain.

The Australian’s time of 1.32.203 was good enough to see him finish 0.028 clear of AlphaTauri’s Pierre Gasly in second, who completed a session-leading 74 laps, with Max Verstappen ending the session in third for Red Bull.

Speaking after the session, Ricciardo said: “I feel like I just jumped out and all I can really think about is some lunch.

“It was really good. It was a nice half a day. Everything went pretty smooth. It’s nice to see your name up at the top but really testing day one is about reliability and making sure everything runs.

“It was nice to get back into it. All good and happy.”

With the conditions tricky in Bahrain and the wind causing issues, Verstappen was one of a number of drivers to go off-track as he looked to get to grips with his new RB16B. The forecast suggests that the winds are unlikely to die down, presenting further challenges to the drivers taking to the track this afternoon.

Alpine’s Esteban Ocon was fourth fastest, ahead of the Ferrari of Charles Leclerc and Alfa Romeo of Kimi Raikkonen who were fifth and sixth respectively.

Leclerc led to the session being red flagged with 10 minutes remaining after his SF21 became beached at Turn 4.

Aston Martin driver Sebastian Vettel had his running limited after the German was forced to park in the pit lane. The four-time champion completed 51 laps in total, with a best time of 1.33.742 which was good enough for seventh.

Mercedes missed most of the morning session after a transmission issue forced them to replace the gear box on their W12 E Performance.

Valtteri Bottas only completed an installation lap during the first three and a half hours, before managing six laps in the final 30 minutes of the session. The team confirmed that he would not be afforded extra running this afternoon, with Lewis Hamilton still scheduled to drive. Bottas posted the slowest time of the session with a 1.36.850.

Mick Schumacher and Haas also saw their running impacted because of a gear box change, with the 2020 F2 champion managing to complete just 15 laps. Roy Nissany was eighth in the Williams. 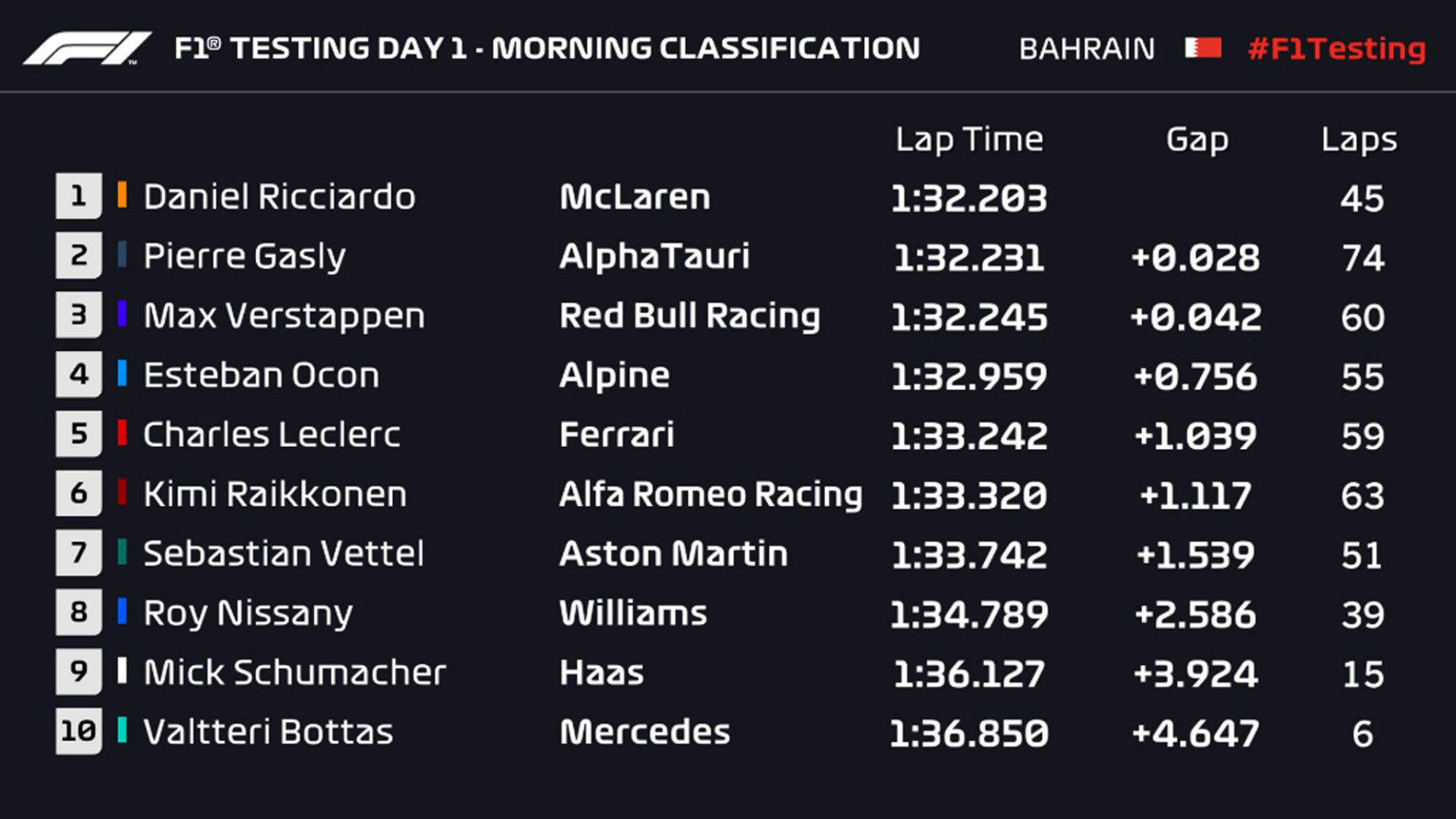 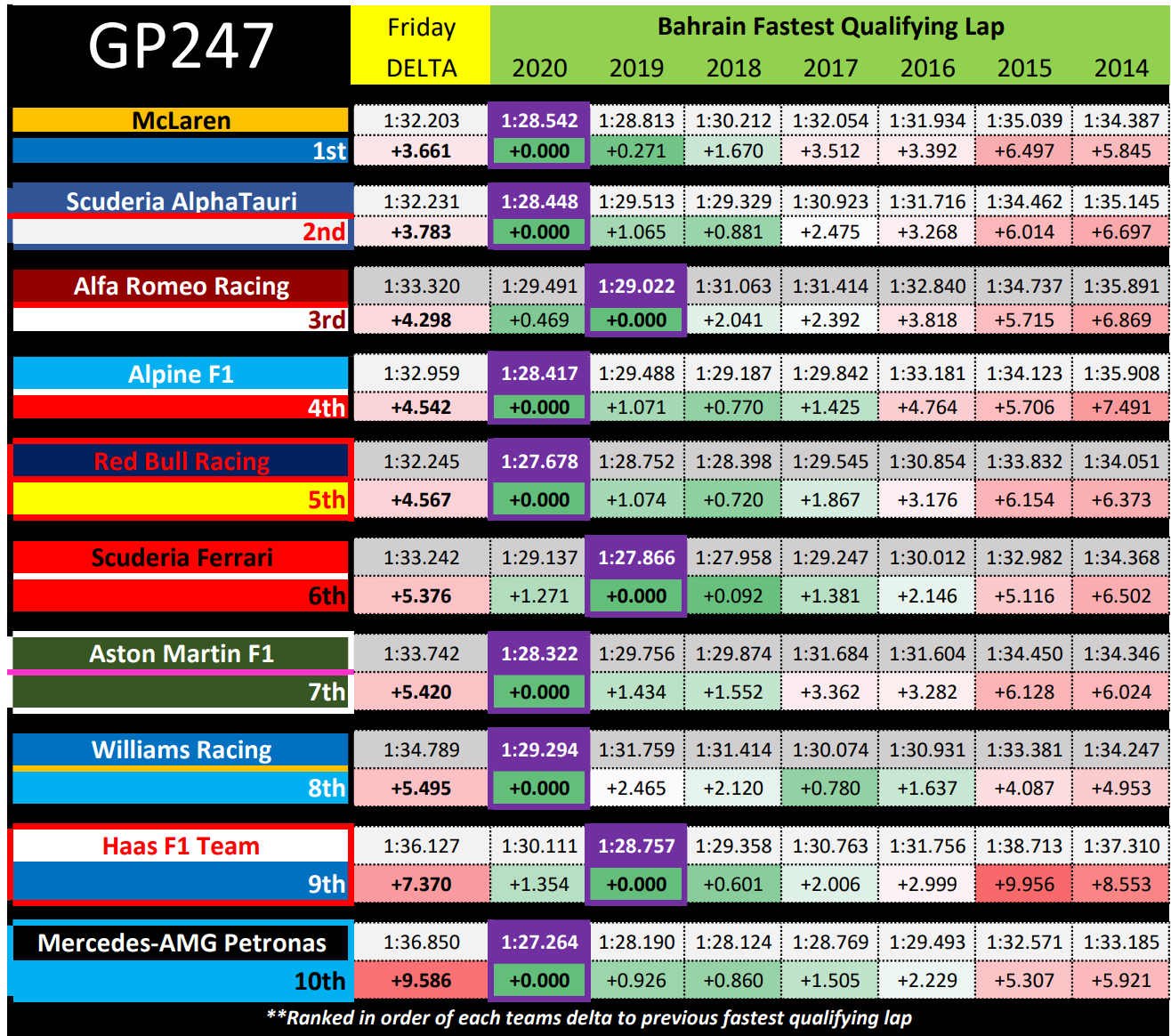