Alonso: I’ll race with two titanium plates in my jaw 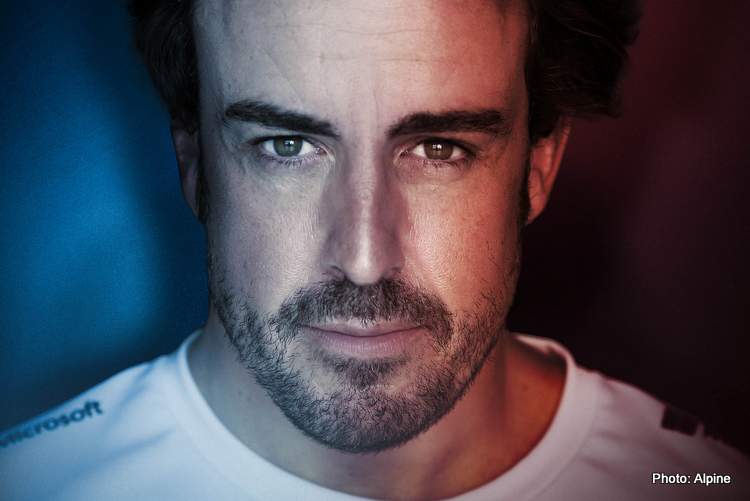 Fernando Alonso believes that he is at his “best” and said that he returned to Formula 1 with the aim of winning races and championships.

The Spaniard also revealed that as a result of his cycling accident he will have a double titanium plate in his jaw throughout the season.

During the off-season Alonso was involved in a cycling accident and required surgery on his jaw as a result.

Asked about how the injury had impacted his preparation for the new season, he said: “I don’t expect any issues honestly. I’ve been training for I think three weeks or two weeks, absolutely normal and I’ve been in the simulator as well, Monday and Tuesday, so you know the preparations were not affected too much.

“I missed only a couple of marketing days and filming days which I was happy with in a way. And then, I recorded everything yesterday afternoon, so I had a very intense day on marketing activities. But yeah I feel fine, obviously.

“One thing is the professional side and driving side, which is 100%. On the personal side, obviously I will have to remove two titanium plates that I have on the upper jaw, that will be removed at the end of the season.

“So, there is still something going on after the championship finishes but, as I said, they will not affect my professional life.”

After a two-year absence, the two-time world champion agreed to return to the sport with Alpine for a third spell at the Enstone team.

The 39-year-old spent his two years away from the sport competing in a range of prestigious motorsport events including the Indy 500, 24 Hours of Le Mans and Dakar Rally.

Esteban Ocon was at the wheel of the Alpine during the first day of pre-season testing in Bahrain, with Alonso set to hit the track tomorrow, but after the conclusion of Friday’s morning session he spoke with the media.

“I think the main thing, why I’m here and I’m back is because I felt that I was at my best in the last couple of years, last couple of months,” he said.

“I felt like I was driving better than ever and I had to make a decision on what was the next challenge after Le Mans, Indy, Dakar, all the things that I’ve tried.

“I felt that being at my best now, maybe Formula 1 was the place to be and then I have time in the future to rethink some of the challenges that were not completed. So that’s the main thing – I felt I had something to do here again.”

While Alonso has shown his ability to compete right at the front of the grid throughout his career, Renault have been very much a midfield team since their return to F1 in 2016.

However, the Spaniard has set fighting for another championship as his target.

“To win races, to win championships, I think you need a few more things than just your motivation or your beliefs,” he added. “You need a package, you need a lap, you need momentum.

“It’s something we want to build with the new Alpine name and with the team. I cannot guarantee that, but we will fight for those wins and those championships in the future if we do the things that we have in our head. But we are not racing alone.”