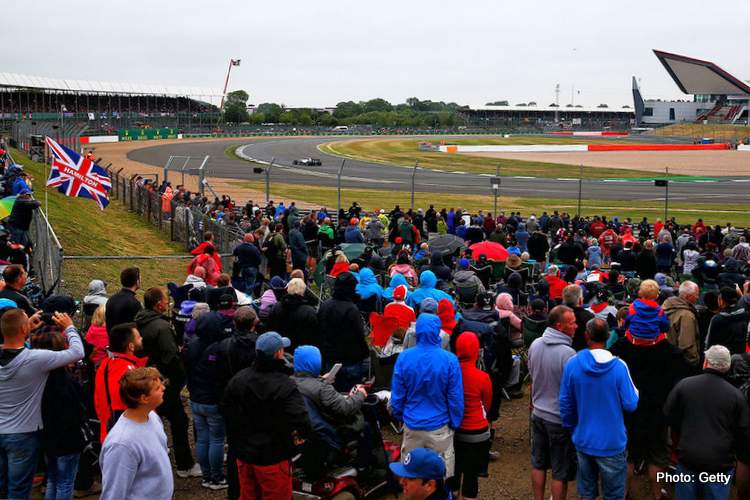 The British Grand Prix has been earmarked as a time to try out a new Formula 1 weekend format that may include a Saturday sprint race to decide the grid for the race on Sunday, 17 July.

The Daily Mail’s Jonathan McEvoy reports that Silverstone is one of three venues to be used in the experiment as Formula 1 continues in its never-ending quest to “improve the show.”

This mean’s that qualifying will be held on Friday to determine the starting order for the Sprint race the following day, which in turn will determine the final grid.

The exclusive report quotes F1 chief Stefano Domenicali: “We are finalising the intricacies of it. For sure we do not want to take away the prestige of the Grand Prix itself. That will remain the climax of the weekend. We will have qualifying on Friday and then “sprint qualifying” on Saturday.

“It will provide some meaningful action the day before the race. It will give fans, media and broadcasters more content. It will last about half an hour. There will be no podium celebration. That will wait until Sunday.

“But points will be awarded — how many is yet to be decided — towards the world championship and determine the grid for the race itself. What I can say is that Silverstone will hold a sprint race,” added Domenicali.

Other venues reportedly being considered to be used for the experiment also include Monza, Interlagos and Ile Notre Dame.

The concept and format are similar to the one used by Formula 2 in recent seasons, although the reverse order grid employed by the feeder series appears to be off the books for F1.

The report also suggests that British Grand Prix organisers are braced for 100,000 fans should restrictions be lifted when the race takes place in mid-July.