Alfa Romeo: F1 testing for Dummies and Others 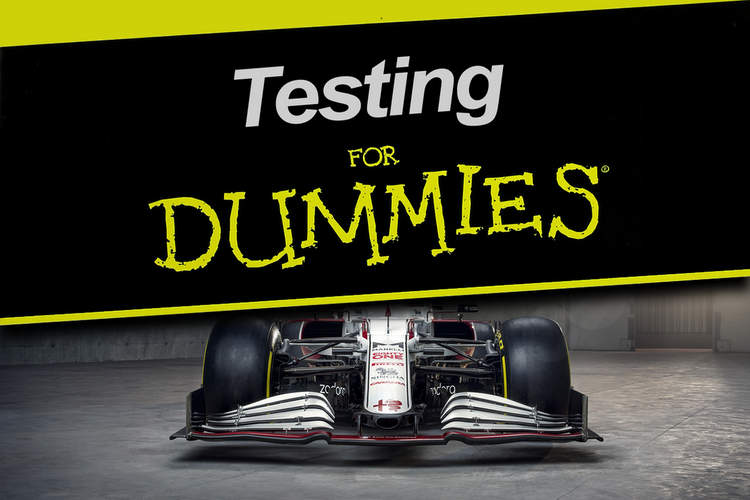 Ahead of tomorrow’s Bahrain Formula 1 testing, Alfa Romeo have released a handy overview of what its all about for n00b as well as veteran fans.

They tackle subjects such as the roles their drivers will play over the three days, a lowdown on the ‘not-so-new’ cars for 2021 and other notable facts ahead of the action.

Notably, Kimi Raikkonen and Antonio Giovinazzi will share duties on Friday in Bahrain, with the Italian driver in the cockpit all day Sunday with his veteran teammate on Sunday service in the C41.

This is what they had to say:

One of the shortest winter breaks in living memory is about to be consigned to the history books as Alfa Romeo Racing Orlen prepare to take to the track again this week in the second pre-season testing session after the Barcelona shakedown.

The winter months have probably left everyone a bit rusty, so it’s time to dust off the cobwebs and get ready to watch the action – thanks to our handy guide to winter testing.

Winter testing: where, when and, most importantly, how?

The lowdown: there will be just one testing session this year and it will be just three days. Not much time to get our things in order, but we’re all in the same boat. Testing will be taking place at the Bahrain International Circuit in Sakhir – the full layout – from Friday 12th March to Sunday 14th March. Each team will have one car running during each of the days of testing.

Who is going to be in the car for Alfa Romeo Racing Orlen?

Very good question. Kimi Räikkönen and Antonio Giovinazzi will split the first day of action; Antonio is in the car on Saturday, while on the final day, Kimi will be wearing his Sunday best (or, rather, just the usual suit/helmet combo) and bring proceedings to an end. This will be a good way to get both drivers up to speed ahead of the first race of the season.

What about Robert Kubica?

Robert was able to have a day in the car in an earlier test session in Barcelona at the end of February. This way, the team could give him a head start of running in the new C41 – a crucial factor for correlation in his simulator work – despite the limitations of the reduced testing this year.

Wait, aren’t the cars the same as last year?

Not so easy, cowboy. First of all, we have a gorgeous new livery. Secondly, despite a freeze in development that halted work in many areas, cars did change in a few significant ways. New rules meant some parts had to be redesigned, therefore there will be plenty of data to go through to make sure we are fully in tune with the new machine. We also spent two development tokens on some upgraded parts, which will need to be assessed. There’s a new Ferrari power unit in the back of the car and new Pirelli tyres to play with – so plenty of changes to keep our engineers busy throughout the week.

So what are the priorities in testing?

Same as always, just in a more compact amount of time. Reliability will be key as nobody can afford to lose any time when there’s only three days of action before the first official practice of the season. Our engineers will be looking forward to the data to confirm that reality matches our expectations for the new car. Of course, as with every new car, it will be crucial to learn how everything works in terms of set-up – understanding the quirks of the C41 will be very important to give us a good baseline for the whole season.

You did mention tyres earlier.

Indeed we did. Pirelli is bringing their new tyres, a fine 2021 vintage, and understanding how this new iteration of rubber works is a big, big task. The track surface and the temperatures in Bahrain should be quite representative for the season – surely more than Barcelona in February – so expect reams of data for our eager tyre engineers trackside and back in Hinwil.

Testing sounds fun. Can I watch it?

Testing IS fun. The whole three days of testing will be shown live on some channels, including Sky Sports in the UK, Germany and Italy. For the other territories, check your usual F1 channel – and do not despair, as we will covering testing extensively on social media. 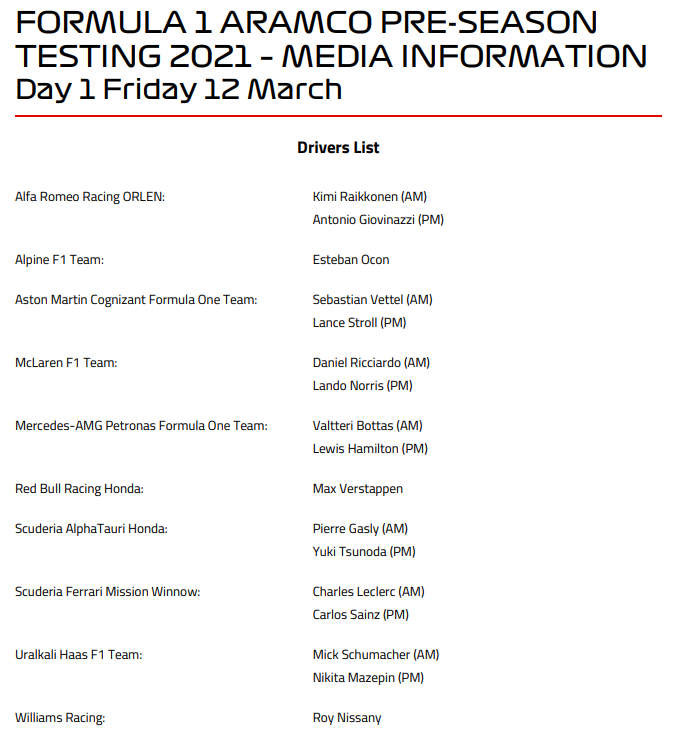