Leclerc: There is a fine line that every teammate needs to find 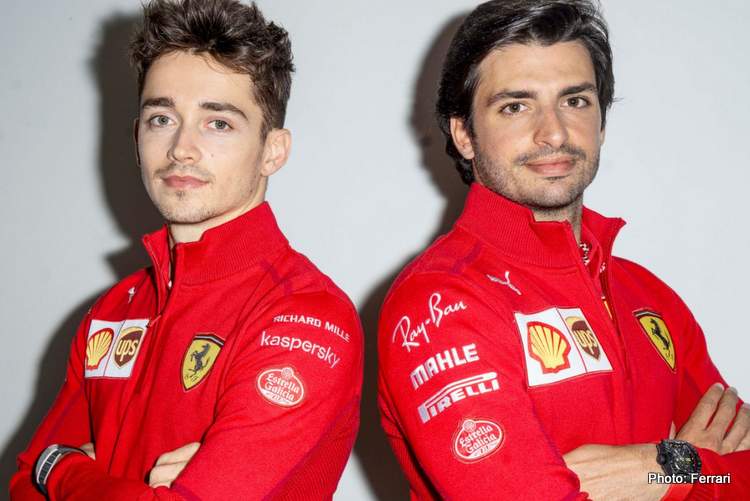 Charles Leclerc has shed some light on his mindset going into his first campaign alongside new teammate Carlos Sainz, who arrived at Ferrari over the off-season.

The Monegasque driver has been very impressive throughout his three years in Formula 1 up until this point, beating Sebastian Vettel on points in both of their two seasons together at Ferrari.

Leclerc is yet to have been given a car capable of challenging for a world championship, although he does have two race wins to his name and put in a string of excellent performances in 2020 while driving a struggling Ferrari.

Looking ahead to the new season, Leclerc acknowledged that he would face a tough test against Sainz, but also emphasised how they needed to work together in some cases for the benefit of the team.

“I think it’s a compromise that we need to find ourselves,” he said during the Ferrari team launch. “It’s very clear in our mind that we need to push for the team and this is always the case anyway.

“Carlos wants to beat me and I want to beat him too, and then once we are on track we will try to be careful whenever we fight each other, always trying to have the vision of what we can do better for the team.

“I think what is most important is that we manage to do the separation of what happens on and off track and every time we are out of the car we need to work together to try to push the car forward for the development and the same way also in the car, to some extent, with the strategy, etc.

“That is the fine line that every teammate needs to find. Carlos is very competitive, but as he made clear also earlier, he is also here for the benefit of the team, as am I. So we will have to play it smart on that one.”