Brundle: Hamilton a bit grumpy and Hynes has gone 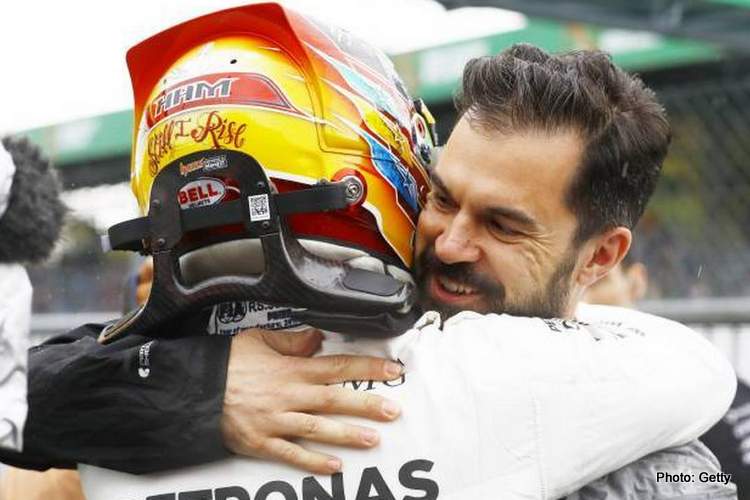 Martin Brundle has revealed that Formula 1 world champion Lewis Hamilton was at one point “grumpy” during a recent interview.

Also revealing some key changes with Team LH44 ahead of the new season, including the departure of long-time confidante Marc Hynes.

After interviewing Hamilton for Sky Sports F1, Brundle remarked of the time spent with the world champ: “We did a couple of features with him. He was very generous but a bit grumpy actually, I thought generally.

“It’s interesting that his right-hand man, Marc Hynes, is no longer working with him. I sensed he possibly wasn’t super-happy with the way the negotiations have worked out at Mercedes.”

While most (except themselves) expect Hamilton and Mercedes to clean up this season, the final one of the current era of regulations, the Mercedes driver insisted it was not as easy as it appears to be from the outside.

Brundle continued: “Once we got over that, I did say to him: you’re going to burst through 100 poles this year at some point, most likely.

“And he went: ‘Why? McLaren were a quarter of a second behind us in Abu Dhabi, now they’ve got our engine; what about Red Bull, maybe the high rake works; and don’t count out Ferrari, and the Aston Martin will be strong.’

“He sort of really challenged me quite hard and I said you have got 98 of them, mostly in the hybrid era, you scored 10 last year – there’s half a chance you’ll get two more this year.

“When we got over that little hurdle – Lewis does love to poke you a little bit before you sit down to do stuff like that – I had an hour with him talking about that amazing race in Istanbul last year when he took his seventh world title.

“He was very generous on inside his head, inside his life of a grand prix weekend and how qualifying unfolds,” added Brundle, a former F1 driver turned pundit.

As for Hynes, the report adds the former British F3 champion and trusted advisor of Hamilton’s, had been CEO of Project 44 but is understood to have left to pursue other interests in motorsport and that the parting was on amicable terms between the friends.