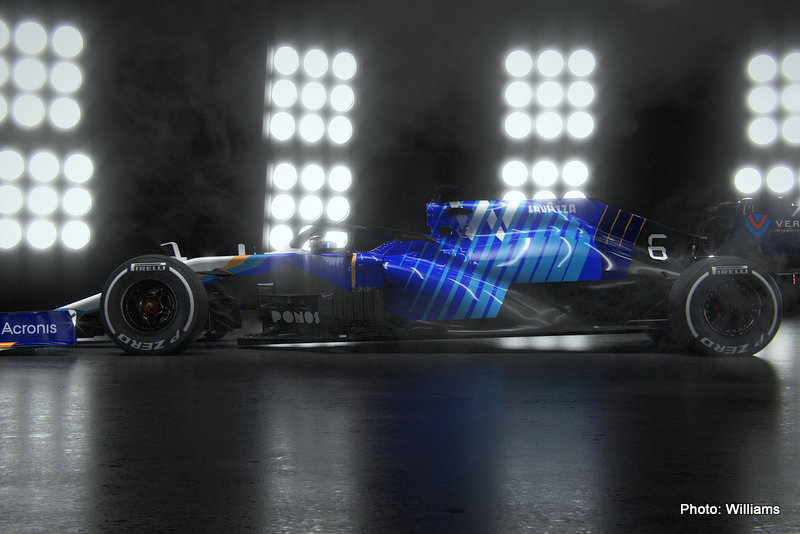 Williams team principal Simon Roberts has revealed that the team have upgrade “options” that they are set to try out later this week during testing in Bahrain.

The Grove-based team will be looking to show signs of improvement during the 2021 Formula 1 season after spending three consecutive years at the bottom of the constructors’ championship.

Their latest challenger is an evolution of last year’s car, but the team will still be able to bring aerodynamic upgrades throughout the season in a bid to improve performance.

Speaking at the launch of the FW43B last week, Roberts explained that balancing the current season with the new regulations would prove to be a challenge.

“The development plan for the 43B is an interesting topic because we’re trying to now design and develop the car for 22, which is an enormous change,” he said. “It’s a complete new set of regulations, with no carryover, but it’s also an opportunity because we have done some work on this car.

“Interestingly, we’ve got a few options that we’re taking to Bahrain to the test. It’s almost a first race upgrade, which is really really cool, I’m really excited about that. And we actually have got an upgrade plan through the year.

Roberts added: “But it’s going to be pretty modest and I expect like other teams we’ll be looking very carefully at how we put our resource on that.”

Pre-season testing gets underway at the Bahrain International Circuit on Friday, with the teams afforded three days of running ahead of the opening race at the same venue on March 28.