Larson: It meant a lot to have Bubba congratulate me 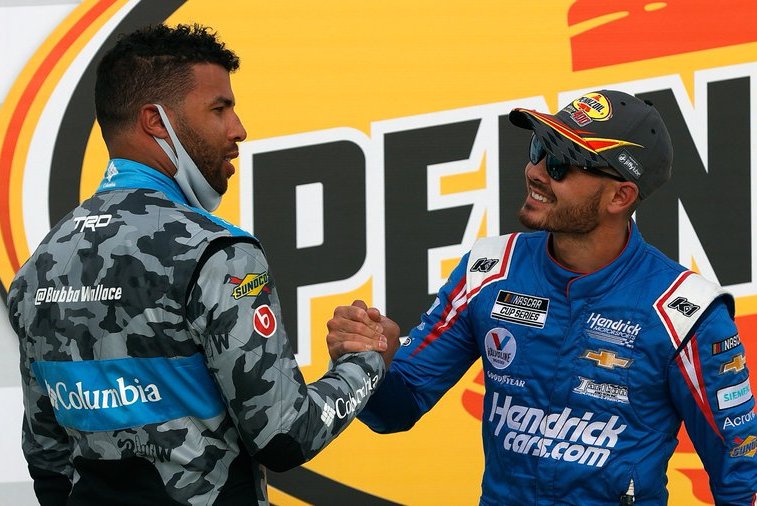 Kyle Larson and Bubba Wallace were spotted having a moment in Victory Lane last night with the former saying that Bubba’s congratulations meant a lot.

Kyle Larson won his first race since his suspension for using a racial slur and his first race with the #5 Hendrick Motorsports team after a controlling drive at Las Vegas Motorspeedway.

“It meant a lot to have Bubba come to victory lane,” said Larson. “He always does a good job of congratulating winners and I saw him winning to say ‘Hi’, so I ran over there and had a quick moment. He said ‘Congrats’.

“He has always believed in me so that was special. It was really cool to have him come by and take time out of his post-race where he could be on his way to the airport to go home, but it was really cool.

“I hope they [23XI Racing] can start getting some better luck with that race team and have some good runs like they deserve.”

Wallace said on Twitter post-race: “Growing pains. We’ll continue fighting, learning, adapting. Proud of this team and the progress we made throughout the race, sometimes things are just out of your control though. If things don’t go your way, use it as a learning experience.

“Proud and happy for [Kyle Larson]. Told him way to keep his head thru it all! We all knew it was a matter of time…”

Wallace finished the race in 28th place, with crew chief of the #23 Michael Wheeler saying that an O-ring on the power steering pump blew in stage 1 despite the part being serviced and stress-tested extensively.