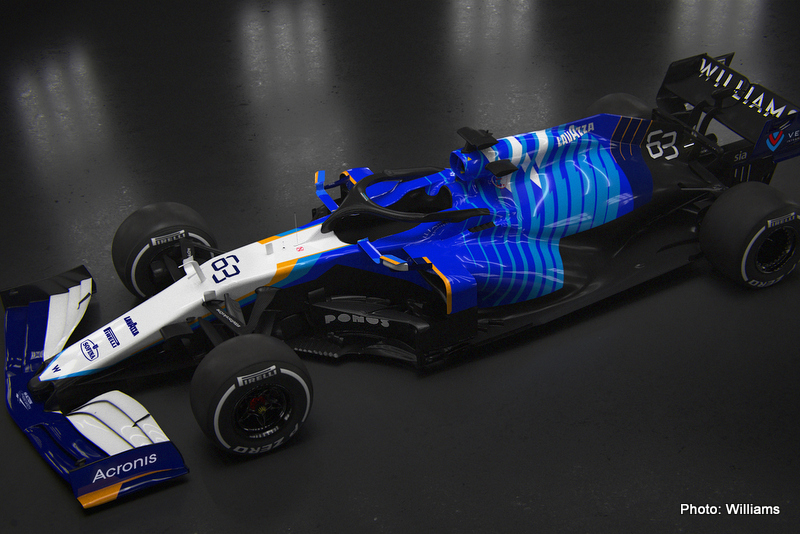 Williams have launched their 2021 Formula 1 car, the FW43B, the team’s first since the departure of the Williams family midway through last season.

Now under the ownership of US-based investment firm Dorilton Capital, the team planned to unveil the new car with augmented reality but had to row back on plans after their app was hacked.

Like a number of their rivals Williams have named their 2021 car as a B-spec, with the new development token system and components freeze meaning that there has been plenty of carryover from last year’s generation of cars.

Williams retained the same driver line-up of George Russell and Nicholas Latifi for the 2021 season and will be hoping to pull themselves away from the bottom of the standings.

The Grove-based outfit have finished 10th in the constructors’ championship during each of the last three seasons and failed to score a single point in 2020.

It was also announced on Thursday that Jack Aitken would continue in his role as the team’s test and reserve driver.

CEO of Williams Racing, Jost Capito said: “Williams Racing is a sporting icon, and a team that has forged a reputation of success through sheer determination and grit intertwined with innovation, passionate and skilful race-craft and an absolute desire to win. Highs and lows are typical in any long-established sporting brand’s journey and historic success can be a strong motivator, but it cannot be relied upon to define future success in the modern era of Formula 1.

“Therefore, we have created a fresh new livery for the 2021 car; one that acknowledges our incredible past and retains the spirit, drive and motivation that remains at the core of Williams’ DNA yet looks to the future and signposts our long-term ambition to return to the front of the grid. Whilst we are just starting out on this journey and there is still a lot of work to do, we are happy to see momentum in the right direction and look forward to continuing that progress on track this season.”