Bottas: I can be a bit more selfish 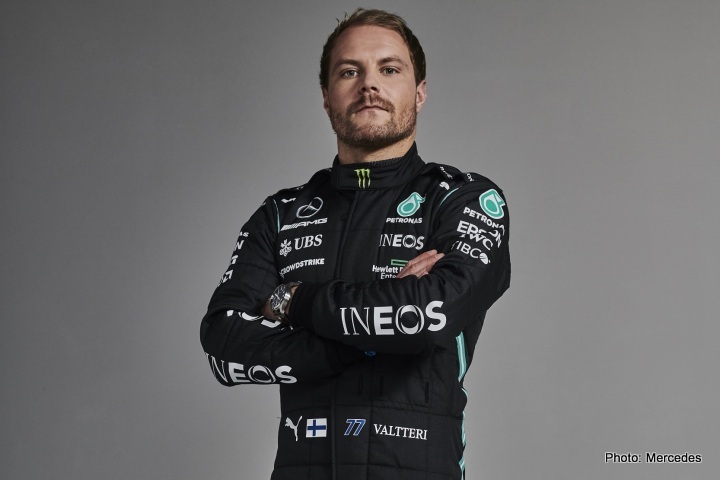 Valtteri Bottas has said that he can afford to be more “selfish” as he chases a maiden Formula 1 world championship crown in 2021.

The Finn has come up short against teammate Lewis Hamilton over the past four seasons, finishing second in the drivers’ standings in 2019 and 2020.

Since arriving at Mercedes in 2017, Bottas has won nine races and been on pole position 16 times, but is yet to truly take the title fight down to the wire.

Asked how he was looking to target the 2021 campaign, he said his goal was to give “everything” over the next year in order to win.

“The ultimate goal for me this season is that I can get to the last race in Abu Dhabi and look back and say that I did 100 per cent,” he said after the launch of the Mercedes W12 E Performance on Tuesday. “I did every single thing I could to win the title.

“That is the ultimate goal for this year. That is going to be the same for all the people around me, whoever I am working with.

“I will demand as much as I feel like I need to get the support and information I need and maybe that way, I can be a bit more selfish.

“One year of your lifetime, giving everything you have is actually quite a short amount of time. That is the mindset I have and that is including me and the people around me.”

Both Hamilton and Bottas are set to be out of contract at the end of the season, with George Russell an option for Mercedes should they look to change their line-up ahead of the new regulations which come into force in 2022.

When asked about how much of a disappointment it would be to lose to Hamilton again this year, he responded: “Of course, in a way, it would be disappointing because I have been team-mates with Lewis for several years and every year that is the goal.

“But what would be more disappointing would be if I look back and realise things where I should have done better or put more effort in.