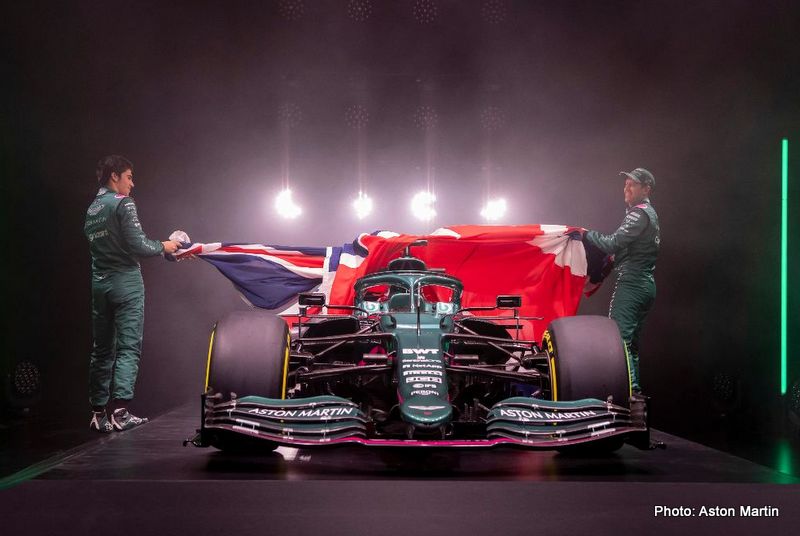 Aston Martin have launched their first Formula 1 car since 1960, the AMR21.

Moving away from the popular pink livery seen on the Racing Point over the last few years, Aston Martin have embraced their traditional green.

The iconic British marque has had a presence in F1 over recent years as a sponsor of Red Bull, but will contest their first season as a works team in more than 60 years in 2021.

With Vettel arriving from Ferrari to partner Stroll, there are hopes that the team can push on from a promising 2020 campaign where they finished fourth in the constructors’ championship.

Sergio Perez’s victory at the Sakhir Grand Prix was an obvious highlight for the team last season, while Stroll finished on the podium twice.

The AMR21 has carried over about 50% of last year’s Racing Point car, with a number of components frozen, although the team do have a series of upgrades planned for the early part of the new season.

Lawrence Stroll said: “I have dreamed about this day for a very long time. I have always been a car guy, since I was a child. I have always loved racing, too. My first dream was to own a Formula One team. My second dream was to acquire a significant shareholding in Aston Martin Lagonda. Today is about the merging of those two dreams. So, as I say, today is all about dreams, and it shows that dreams really can come true, in the shape of our new AMR21.

“Aston Martin returning to Formula One after an absence of 61 years will have a powerful effect on the sport, the media and the fans, commanding global attention.”

This is our story. A spirit that never quits.

Aston Martin, it’s in our blood.