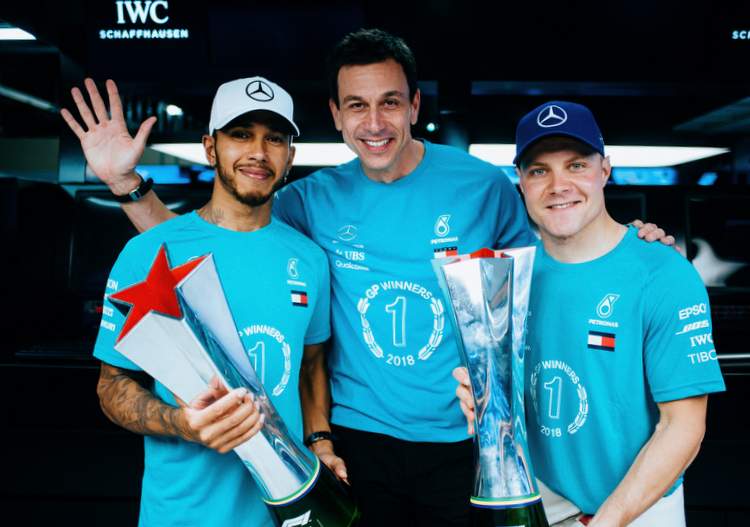 Toto Wolff has poured cold water on the so-called “Max Verstappen Clause” there may be in Lewis Hamilton’s contract extension with Mercedes.

While certain media concoct reports suggesting Verstappen is being lined up to replace the Briton next year, the facts are that Mercedes have no such clause in place because they simply do not indulge in talks with other drivers until they have to.

Speaking to Speedweek, the Mercedes F1 boss said: “I think there is a good chance that Lewis will want to continue because he is enjoying the whole thing.

“Max is certainly an extraordinary young driver who will be on the radar of all team bosses in the future. But we don’t flirt with other drivers until we know exactly what is happening with ours.”

As for Hamilton, Wolff was clear: “I have no doubts about his motivation, he loves racing and we enjoy working with him. We discussed this in detail and of course, the priorities can change over time.

“We agreed to discuss the future much earlier this year in order to avoid the situation of 2020 when we ran out of time and we were in the uncomfortable situation of being at the end of the year.

“Both cockpits will never be empty because I can take a seat and accelerate,” joked the 49-year-old, who was a handy racing driver ion his day.

“If Lewis drives on, we want to do it together,” added Wolff. “We will discuss that. With Valtteri, we know and appreciate what we have with him.

“We will certainly have to make the right decision and before that we will have a discussion with both drivers. Then we’ll see where that leads,” concluded Wolff, whose Mercedes team this season are looking to make it 16 F1 world titles in eight years.