Alpine take covers off first Formula 1 car the A521 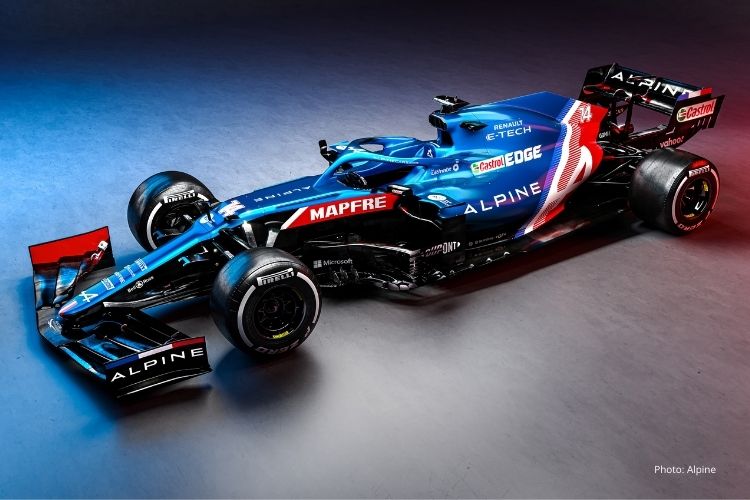 Alpine have unveiled their 2021 challenger, the A521, the brand’s first Formula 1 car since they entered the sport over the off-season.

With the Renault Group deciding to re-badge the team as Alpine from the start of the 2021 season, the Enstone outfit took the covers of the new-look car for the first time at a virtual launch on Tuesday. Moving away from the yellow and black livery used in recent years, Alpine have landed on a French-flag inspired colour scheme.

Fernando Alonso returns to Enstone for a third spell this season after two years away from the sport, partnering Esteban Ocon, who had an up and down debut season with Renault alongside Daniel Ricciardo.

Renault finished fifth in the constructors’ championship last season, but battled hard for third position with McLaren and Racing Point, now Aston Martin, and will be hoping to be in contention for third in the standings once again in 2021.

Alonso suffered an injury while cycling during the off-season and required surgery on his jaw as a result. He was not present at the launch due to the travel restrictions between the UK and Switzerland.

Proudly representing the colours of the French and British flags, as well as Alpine’s illustrious and historic racing colours of blue, white and red… Here is our 2021 F1 car, the A521!#A521Launch 💙 pic.twitter.com/AwDI1RNtaE