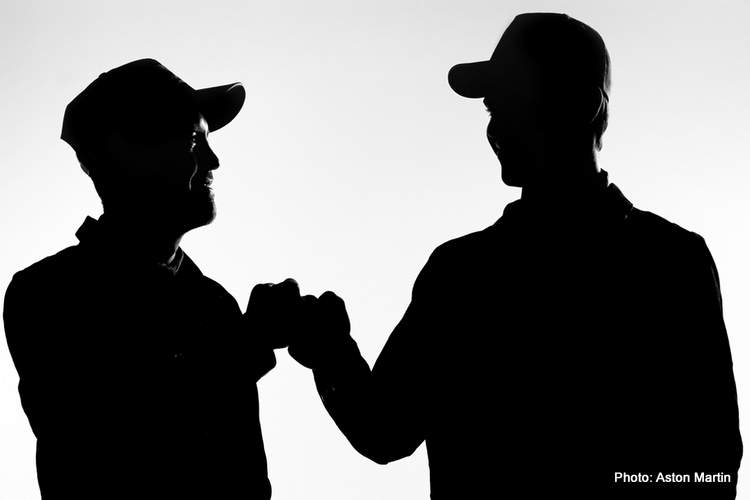 Aston Martin have no doubts about Sebastian Vettel’s hunger to win as the four-times Formula 1 world champion prepares for a fresh start after his Ferrari misadventures.

Team principal Otmar Szafnauer told Reuters the 33-year-old German, who won his titles with Red Bull from 2010-13, had already made a strong impression at the factory.

“I can attest to the fact that he´s really motivated. But I don´t think the motivation is to prove the nay-sayers wrong. I think it´s just how he is. I think he´s just driven to do the best he can.”

The German has replaced Mexican Sergio Perez alongside Canadian Lance Stroll — son of the team’s billionaire owner Lawrence and 11 years his junior.

Szafnauer said the team, whose new car will be unveiled on Wednesday, would learn from Vettel.

“The partners, the employees, all of us are going to be lifted by the fact he´s won four times and he knows what it takes,” he said, adding that Vettel also remained refreshingly down-to-earth.

He related how the German brought a home-baked loaf of bread as a gift when he came to stay.

“He can easily go buy a box of chocolates or a bunch of flowers but that´s not him. He´ll come with `I baked this loaf of bread´,” he said.

The team, who started as Jordan in 1991, finished fourth as Racing Point last year and have been renamed Aston Martin in the sportscar marque’s return as a constructor for the first time since 1960.

Perez triumphed in Bahrain last December and Szafnauer said Vettel could also be a winner this year.

“It´s really, really hard to win a race if you are the third fastest car but not impossible, as we proved last year,” he said. “Can Seb do it? For sure.”

On the commercial side, it’s also been good news for F1’s most exciting new project since Mercedes entered the sport as a team.

Szafnauer said the arrival of Vettel from Ferrari was less of a factor than the allure and prestige of the British sportscar marque.

“They all want to be part of this journey that we´re on and for sure Aston Martin, the name and what we´re trying to do and what our future plans are, have attracted a lot of sponsors this year,” Szafnauer told Reuters.

“I think becoming Aston Martin has attracted them and also the existing ones are happy we are taking the direction that we´re taking.”

The team competed as Racing Point last year and Force India before that.

A multi-year partnership with Nasdaq-listed software company NetApp was announced on Monday.

Mark Gallagher, who was marketing head at the team when they raced as Jordan in the 1990s, hailed the Cognizant deal on Twitter as “one of the most significant sponsorship deals in the post-tobacco era”.

Asahi Europe and International CEO Paolo Lanzarotti said Peroni would have entered F1 a while ago if it was just about being associated with the sport.

“The Aston Martin entry was a critical decision for us. It is a phenomenal brand,” he told Reuters. “The team composition obviously has an effect as well, but it goes team branding first for us.”

Szafnauer said those were now in a minority both in number and value, however.

The new arrivals represent welcome interest at a time when the COVID-19 pandemic has hit the revenues of both sport and teams, some of whom have struggled to attract new backers.

“Some of it is definitely (down to) Aston Martin and some of it is Lawrence — the owner´s ambition,” said Szafnauer. “So it´s got to be a combination of the two.

“I think (the signing of) Sebastian is secondary to that, its second order, but it does go to show our ambition.”

Stroll is also executive chairman of Aston Martin, and a significant investor in the loss-making carmaker, which has close ties to champions Mercedes.

“If we have a continuation of the year we had last year, being the third fastest car in most of the races, finishing on the podium multiple times, having a race win or even contesting for race wins, that´s a success for us,” said Szafnauer.