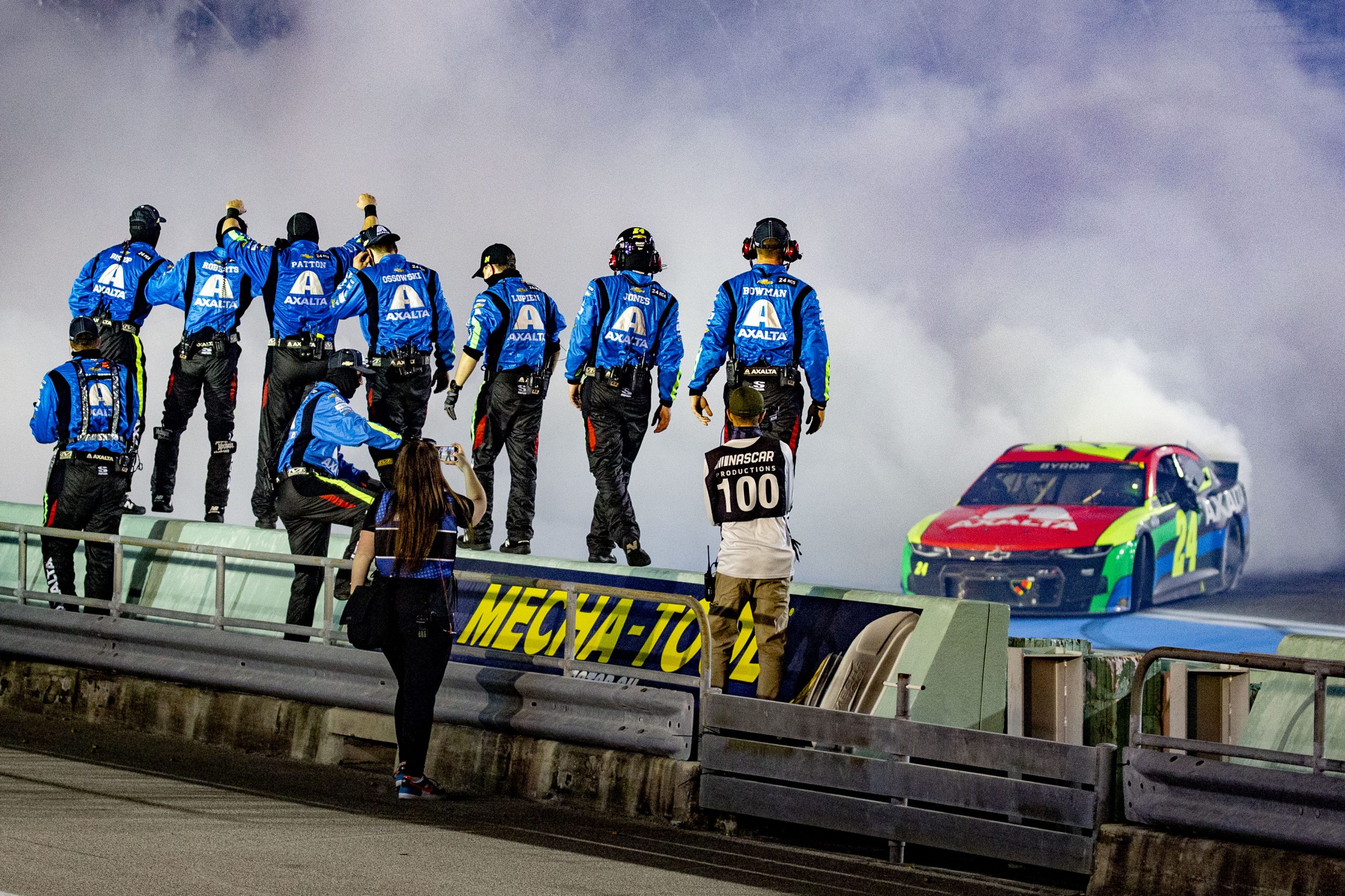 Byron’s #24 Axalta Chevrolet grew stronger as the sun began to set, winning Stage 2 on the way to the chequered flag. Hendrick Motorsports teammate Kyle Larson was involved in a battle for second in the final laps of the race with Tyler Reddick and Martin Truex Jr. Reddick charged through the field late in the race during the final 60-lap green-flag stint. The trio ended up with Reddick second, Truex third and Larson fourth.

“It was just a really smooth day. We worked hard in the winter on this track. I can’t believe it,” said Byron who led a race and career-high 102 laps on the day.

Tyler Reddick’s charge was largely thanks to precise driving against the outside wall, maintaining that much talked about bubble for extra aerodynamic advantage and speed. Byron’s focus remained on keeping the car out of the fence in a more respectable line. Reddick gained over 6 seconds on the leaders between lap 254 and lap 267 on his climb from fifth to runner-up.

“You had to go to the wall at certain times, (Turns) 3 and 4, it was really fast up there. I definitely didn’t do it as good as the Xfinity cars do it, but I used it when I had to. This car was just awesome. It was really a lot of hard work. I think we went to the sim (simulator) four or five times this offseason, and it pays off, man. It’s awesome.”