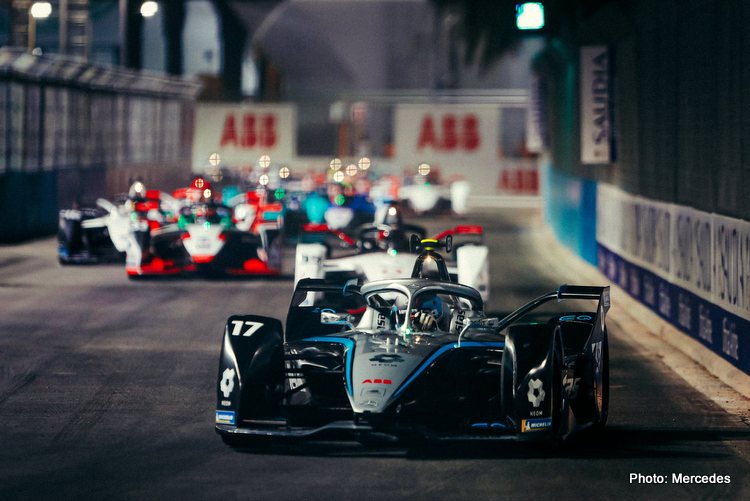 Nissan e.dams driver Oliver Rowland has revealed his fears that Mercedes could be about to dominate Formula E in a similar way that they have in F1.

Stoffel Vandoorne, De Vries’ teammate, won the last race of the 2019-20 season in Berlin, helping Mercedes seal third spot in the teams’ championship in just their first year in the series, and their start to the 2020-21 season has been ominous.

Asked whether he viewed the early pace from Mercedes as a cause for concern, Rowland described the early form of the Silver Arrows as “worrying”.

“Yeah, it’s a bit worrying,” he told Motorsport.com. “Formula E can be a bit strange, up and down.

“For sure they are doing a good job at Mercedes. Hopefully it doesn’t turn into Formula 1.

“They had quite an inexperienced driver in Nyck, even Stoffel is similar to me. So it takes a bit of time to get everything right.

“There are known for doing a good job at building things. So yeah, I think probably improving. We saw already in Berlin, they were good last year at times so maybe more steps in all areas is the way everybody improves.”