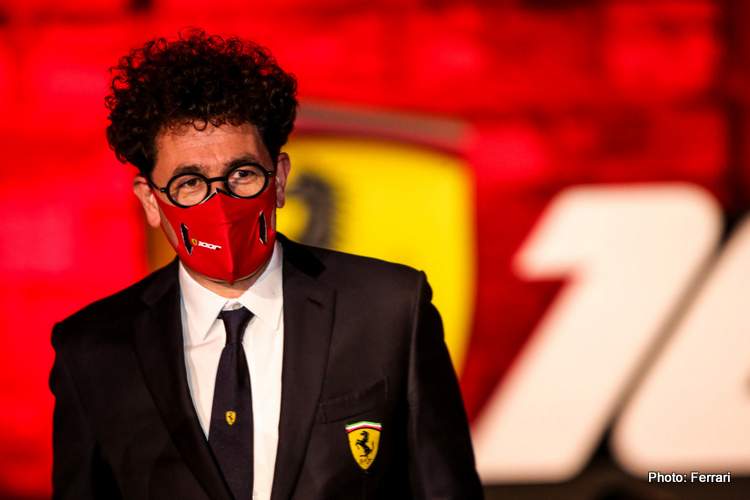 Ferrari Formula 1 boss Mattia Binotto will not attend all races this season, delegating to racing director Laurent Mekies as the team’s focus turns to making the most of major rule changes for 2022.

The Italian was absent from some grands prix already last year, getting more involved at the Maranello factory as the sport’s oldest and most successful team endured their worst season in 40 years and failed to win a race.

“We need to be realistic. The gap to the best last year was very important and not something that we can recover in a single winter,” Binotto told reporters at an online team launch event on Friday.

Binotto said the changes the team faced were so big that, with limits on time and resources, most of the efforts needed to be directed to that.

With a record 23 races scheduled for this season pandemic-permitting, the Italian said he would delegate increasingly and stay at the factory, particularly later in the year.

“My intention will be again not to be at all the races during the 2021 season,” he said.

“At some stage I will start missing some races and be back at Maranello, concentrated on 2022. I will always be in direct contact with the racetrack but as well we have a racing director Laurent Mekies who has a lot of experience with us.

“He has proved last year to be capable of leading the entire team over the race weekend so I am comfortable with the choice and not being sometimes at the track.”

Ferrari announced a further reshuffle of the technical department on Thursday, with Mekies one of four heads reporting to Binotto.

The season starts in Bahrain on March 28.