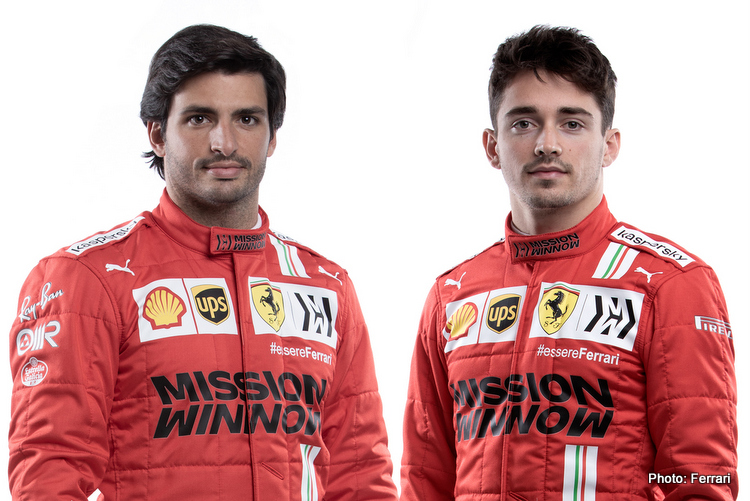 Carlos Sainz has said that Ferrari will not know how competitive their car is until testing gets underway in Bahrain next month, claiming that whether they can compete for podiums or not is “the million-dollar question”.

The Spaniard arrived from McLaren over the off-season in strange circumstances after the Scuderia endured one of their most difficult seasons in recent memory last year, as they finished sixth in the constructors’ championship.

Issues with their engine that came out of the confidential settlement with the FIA appeared to hold them back and while there is hope that they have regained ground over the winter, it is tough to tell how much progress has been made until they get back out on track.

After two excellent years in Woking, Sainz will have been hoping to challenge for race wins and podiums with Ferrari, but at this stage, the fulfilment of that goal remains in the balance.

“That’s the million-dollar question that no-one can answer right now,” Sainz said of his podium chances at the Ferrari team launch on Friday. “We will not know until we go to Bahrain – not the Bahrain test, more the Bahrain race.

“In testing nowadays, especially with the amount of fuel loads you can put in and engine modes, it will be very difficult to take any kind of conclusion. Obviously, I have been following very closely the progress of the team in the last few months and I have been trying to give my support and help.

“We need to stay patient, see how it goes and also my main work this winter hasn’t been that much focusing in development but also trying to adapt myself to the team and getting to know all the people in the team and get ready myself for race one and testing, which is also quite a difficult task.”

Ferrari will unveil their 2021 Formula 1 car, the SF21, on March 10, two days ahead of the start of pre-season testing Bahrain.