Perez: A big opportunity so I will make sure I deliver 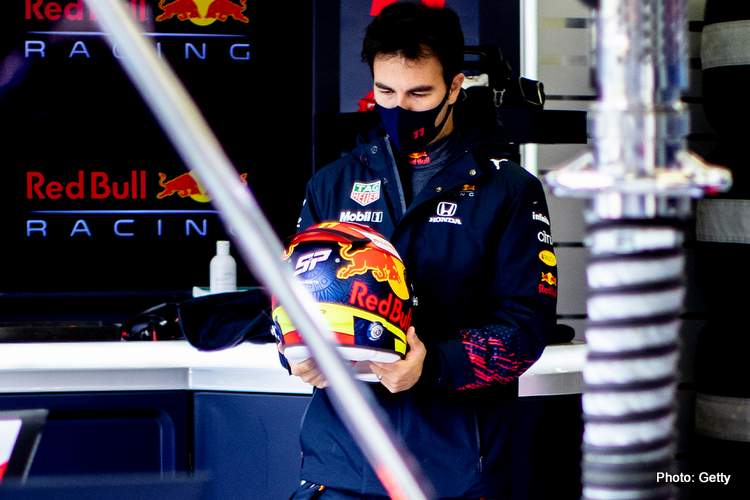 Sergio Perez is finally with a Formula 1 winning outfit – Red Bull Racing – ten years after making his debut, at the 2011 Australian Grand Prix, he will line up at the 2021 season Bahrain opener intent on delivering results.

The Mexican spent three seasons at Sauber as part of the Ferrari Driver Academy before a forgettable year at McLaren ahead of the great team’s downfall in 2013 before entrenching at Force India five years until it morphed into Lawrence Stroll’s Racing Point.

Last year was a massive season for the Mexican, despite missing two races due to COVID-19 he made a strong case for himself to remain in F1 as Aston Martin opted to sign Sebastian Vettel to partner Lance Stroll.

Perez finally won his first F1 race at the frenetic Sakhir Grand Prix which was probably the trigger that convinced Red Bull into signing the 31-year-old to partner Max Verstappen. A driver with experience who can bring home the bacon, unlike his predecessors in the second blue car.

Perez said of the next chapter of his F1 career: “It’s an opportunity that opens many doors. We will see what happens in the future afterwards. I have to make sure I deliver as I have done in the past, pushing very hard.

“My goal is to over-deliver this year, we need to push and develop the car forward. This is the way I approach everything. In a top team as well, it won’t change how I approach racing.

As for the challenges of the new team, Perez said: “New people, new car, new technique, new challenge. In terms of where to set up the car and learning how to make the most out of the car. I need to learn a lot and hope it does not take me too long. I am confident in my abilities.

Of his first run in the Red Bull RB16B during the team filming day at Silverstone this week, he reported: “You can see the potential. There are more differences; the strength of the car, as soon as you jump in the car you can see the differences fairly quickly.”

Perez and his team will be hoping his experience will matter and add value to their campaign which over the last few seasons has been wholly dependent on Verstappen as his teammates failed to come close to him.

“From what I’ve seen, Max will be very strong in qualifying, a massive benchmark. But I think my strength comes on Sunday, with racecraft and race pace. I think that’s a pretty good match that hopefully delivers the maximum of the car.

“I am confident in my abilities, with time and once I’m on top all things I need to know about the car, I can be at my highest level. It’s a big opportunity for me. I am very excited about it and will make sure I deliver.”

Perez will make his 192 Grand Prix start at the season-opening race in Bahrain next month, lining up in the blue race suits of his new team with the best chance he has ever had to add to his ten career podiums and solitary victory in the top flight.