Verstappen: Of course there are differences 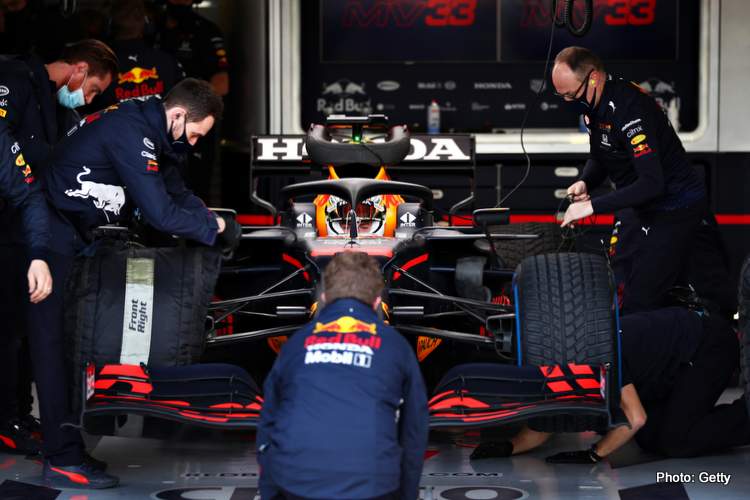 Red Bull launched their RB16B yesterday and while the differences to its RB16 are hard to spot, they are under the skin according to their star driver Max Verstappen.

After the shakedown at Silverstone, in which the team’s new signing Sergio Perez and Verstappen familiarised themselves with their new car before setting out for laps at the British Grand Prix venue.

Verstappen, who took over the cockpit from Perez for the afternoon stint, said afterwards: “I started with the RB15 to just get a few laps in after the winter break and then I jumped into the RB16B.

“Days like today are all about getting comfortable with the car and with the new power unit, trying to make things run smoothly and trying to be well prepared before we go testing in Bahrain. It’s always good to be back driving a Formula 1 car and the first time you go out of the pits is such a great feeling.”

While the tech gurus speculate about what lies under the skin of the RB16B, which is an evolution from last year’s car to accommodate the more restrictive aero regulations imposed for this season by the FIA.

“Of course there are differences. The main one being the floor. A large section has been removed which will affect the handling. But that wasn’t what today was all about. It was all about getting a feel for the car and get a first impression. The real work starts in Bahrain.”

As for the 23-race season ahead, the Dutchman said: “That’s a lot, but we’ll have to see how things work out. I hope we can run the calendar as it is scheduled and it won’t be as packed like last year.

“We knew it had to be done, but it wasn’t ideal. We’ll see what happens this year but we are focussed to make the most of it, together with Honda. I know everyone will give their all to achieve our goals.”

Verstappen will next drive the RB16B on track when testing begins on 12 March for three days in Bahrain, before the Grand Prix weekend kicks-off at the Sakhir venue on Friday, 26 March.

“I always look forward to race weekends, “admitted Verstappen. “But first we have three days of testing. It’s one and half-day per teammate. It’s not a lot, but I don’t mind. I thought six days was a bit much and a bit boring.”

This year the 23-year-old begins his seventh season in the top flight, looking to add to his ten Grand Prix victories starting with his 120th F1 race which happens to be the Bahrain Grand Prix on 28 March.