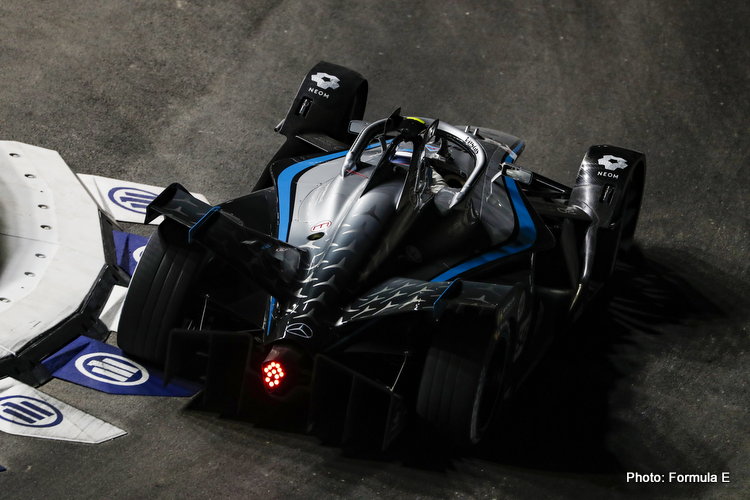 With a time of 1.08.693, the 2019 Formula 2 champion was more than half a second clear of second-place Andre Lotterer of Porsche, with Audi’s Lucas Di Grassi a further tenth back in third position.

The first race of the 2020-21 ABB FIA Formula E season gets underway tomorrow at the Riyadh Street Circuit in Saudi Arabia, with race two scheduled for the same time on Saturday.

With both races set to go green just after 8pm local time, the opening weekend of the new season will be the first in the series’ history to feature a night race.

Practice 2 begins at 2pm local time (11am GMT) tomorrow, with qualifying and super pole for the first race scheduled for 4pm (1pm GMT).