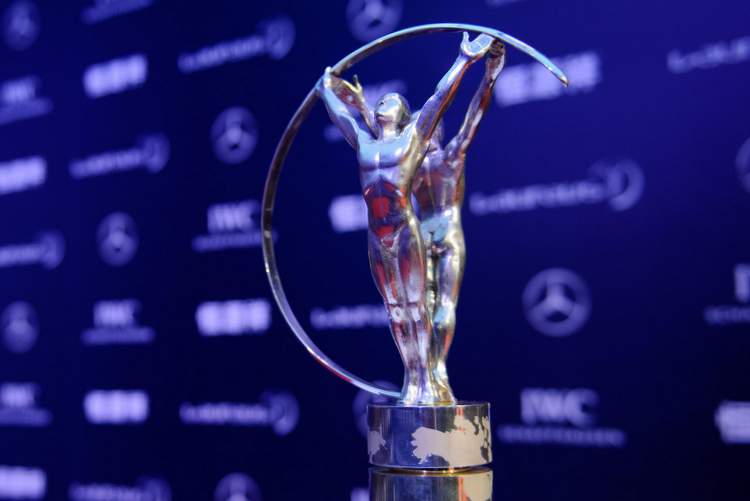 Sir Lewis Hamilton, reigning Formula 1 World Champion, is among sport’s greatest names nominated for the Laureus World Sportsman of the Year for claiming his seventh title at the highest level of motorsport.

Along with the Mercedes driver, also nominated for this year’s Laureus are NBA superstar LeBron James of the Los Angeles Lakers; footballer Robert Lewandowski of Bayern Munich and Uganda’s Joshua Cheptegei, who broke both the 5,000 and 10,000 metres world records, and Sweden’s Armand Duplantis, who created new outdoor and indoor pole vault world records.

Hamilton’s mighty Mercedes team are in the hunt for the ‘Team of the Year’ trophy having packed away 14 F1 world championships in seven years, last season creating an unprecedented championship run as they helped their star driver shatter records that not long ago seemed unattainable.

Last year Hamilton was in a class of his own, thoroughly trouncing his teammate Valtteri Bottas as he pocketed title number seven – all with Mercedes power.

His 202o season, which he is nominated for was truly stellar and reads like this: 10 pole positions; 14 podium finishes in 16 races – he missed one due to coronavirus; 11 of those were wins and wrapping up the title long before the expiry date of the championship race.

The Briton’s career record in the top flight is 165 podiums, 95 of them Grand Prix victories; 98 pole-positions from 266 starts and, of course, the seven titles only matched by F1 legend Michael Schumacher.

Hamilton said: “It’s an honour to have been nominated for Laureus World Sportsman of the Year alongside some truly incredible athletes. When I look back at the award ceremony last year, it’s hard to believe just how much has changed.

“2020 was a difficult year for so many people, for many different reasons and of course the world of sport was hugely affected. I was fortunate enough to be able to race and I’m so proud of what we, as a team, were able to achieve together.

“I’m even prouder of the journey we began towards making the motorsport industry more diverse and inclusive. Nelson Mandela was the inspiration behind Laureus and I’m sure he would support everything we can do to use sport to achieve a greater good.”

Voted for by the world’s sports media, the Laureus Awards will be announced in May as part of a ‘Virtual’ Awards event aimed at not only celebrating the highest sporting achievement but also honouring those whose actions have transcended the court, track or field of play. 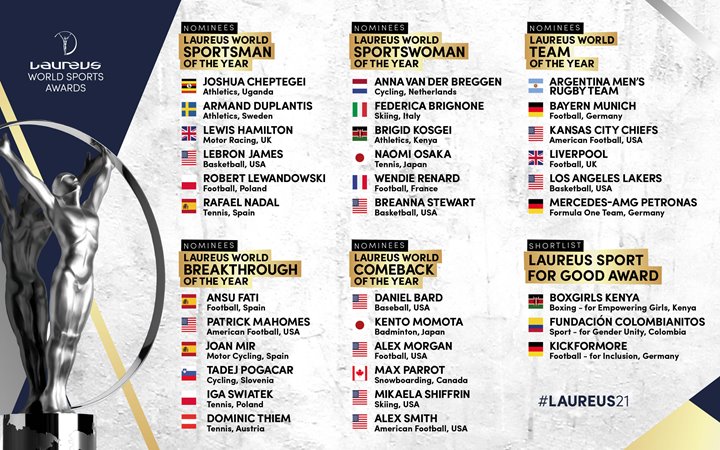