Haas: Mercedes dominance killed what F1 is all about 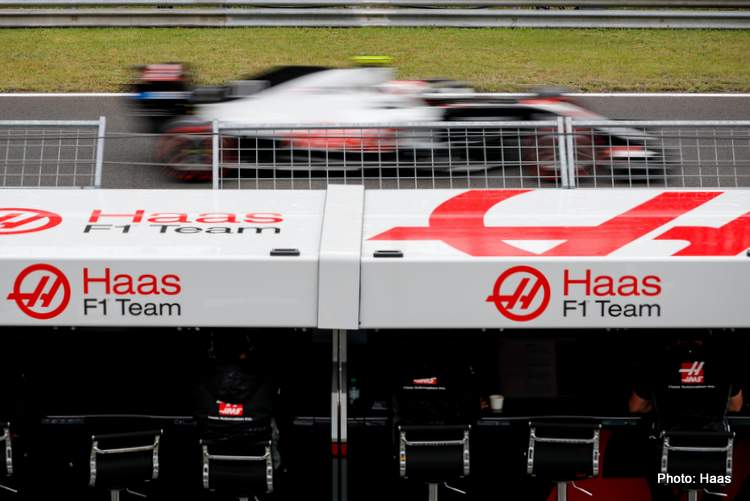 Formula 1 team owner Gene Haas did not mince his words when he declared that Mercedes’ power unit superiority “killed” the ethos of the sport at the highest level.

The American team owner has become increasingly disenchanted with the lopsided playing field that modern F1 has become. with Mercedes might dominating all seven years of the hybrid-turbo era, with no end in sight.

This dominance clearly annoys Haas who told Racer in an interview: “To me, it’s really killed what Formula 1 is all about. More power to Mercedes for being able to dominate so much of the thing, but who wants to go to a race when you know who’s going to win every friggin’ race that’s out there? That just gets boring.”

As for his own team – which is rumoured to be for sale – for now he accepts he backed the wrong horse by opting for Ferrari who have massively dropped the ball in this last phase of the current PU formula – the appearance is of an outfit treading water and cashing whatever paycheck comes their way from the project.

Haas explained: “Sometimes survival is a racing strategy; just trying to survive. I think up until 2019 we were really doing very well, and we had plenty of horsepowers and the cars were very competitive.

“But then we wound up doing fuel mileage races where we actually had to do a lot of lift and coasting, so that really hurt us. Then in 2019, we were down on horsepower considerably compared to the Ferrari cars, and that hurt. We did really well in qualifying, but when the race came, our horsepower was just off.

“Then in 2020 when Ferrari had a reduction in their horsepower, it was pretty obvious that all of the Ferrari engine cars had horsepower deficits compared to Mercedes, Honda and Renault.

“Our boat’s tied to the Ferrari ship, so when they’re going slow we’re going even slower – I don’t think there’s much you can do about that.

“We have no control over the parts that we obtain from Ferrari. We have faith that Ferrari can fix the problem, and not only does Ferrari have this problem, but so does Honda and Renault – everyone’s at a deficit to the Mercedes engine. They built an extremely high performance, high fuel efficiency, durable engine that no other team’s been able to come close to.”

For 2021, Haas have sent veterans Romain Grosjean and Kevin Magnussen packing and opened up the doors to Ferrari backed Mick Schumacher and billionaire-daddy backed Nikita Mazepin.

But reading between the lines it is apparent the decision was based on the team surviving another year in the top flight, “Early on as a group we took the viewpoint that this COVID thing was going to be a bigger lockdown than when people said it was just going to be a few months and then go away.

“So we immediately shut down the spending monster of spending huge amounts of money, mainly because we weren’t going to be going to the races.

“The most expensive part of going to the races is usually freight and travel, so we shut a lot of that down almost immediately. We got a big saving there, and that was really helpful.

“So instead of us having a budget of $150 million, it went down to like $80 million and a lot of that… $35 million came from FOM and then more from sponsorship, so we actually did pretty good.”

It was painfully obvious that a couple of years ago, after fielding a decent first car, Haas went up the garden path with their design philosophy resulting in last year’s ineffective VF-20, which is pretty much as good as it is going to get for the young rookies they welcome to the fold.

“That is one of the things we eliminated pretty quickly, was doing all these updates, because I was pretty convinced we weren’t going to do any races. I thought at best we would do four or five races, so bringing all these updates for a very short season wouldn’t work.

“But ultimately we got a lot of races in. We didn’t really bring any updates per se – and I’m not really sure who did bring a lot of updates – but from a practical standpoint, they didn’t seem like they really improved the car much.

“When we got in the middle of the global pandemic last year, Guenther (Steiner) and myself came to an agreement on ‘OK, how much money do we actually want to spend on this?’

“I actually set a very lean budget, and quite frankly we actually scored more points (relatively) with a smaller budget than we did with a bigger budget. I just feel like maybe it was eating too much, and sometimes being leaner, you can produce more results.

“So we leaned everything down, and we came up with a figure that I was comfortable with, and Guenther agreed that he could work within that. We changed our focus a little bit, we do have some well-backed drivers and I think from a financial standpoint we’re very stable.

“That’s what I’m looking forward to. With the cards that have been dealt, we can’t sit there and win any hands here or bid up the pot, so our position is basically to hold on and see what the future holds,” added Haas.