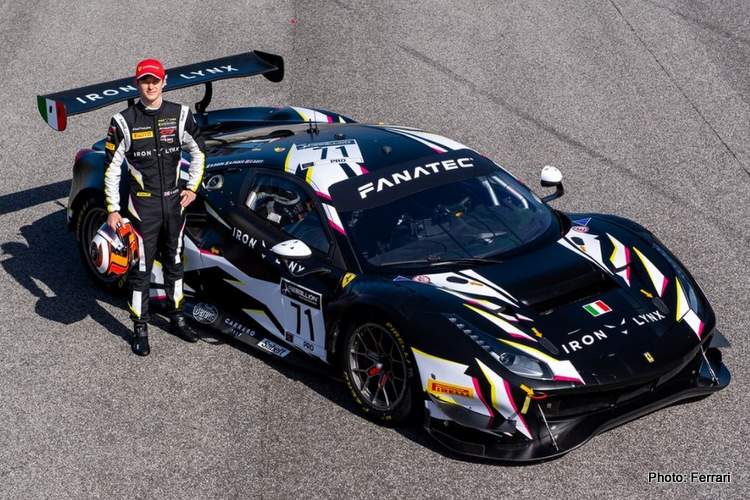 Formula 1 hopeful Callum Ilott will be driving for Ferrari in the 2021 Endurance Cup presented by AWS, the Italian team announced today.

In the wake of confirming their 2023 Hypercar programme, it is fitting that the Scuderia begins prepping their network of existing drivers, of which Ilott is among the top young guns, for the World Endurance Championship foray in a couple of years time.

The FDA (Ferrari Driver Academy) is expanding its sphere of activity, strengthening its collaboration with Competizioni GT, the Maranello marque’s division that is an official entrant in the World Endurance Championship and supports customers, both teams and drivers, competing in GT series.

Therefore, FDA drivers will now have the possibility of including the world of sports car racing in the options available to them, being able to tackle at the highest level this form of racing which has traditionally played a significant role in Ferrari’s history and which is destined to become even more important in the near future.

The first to benefit from this new opportunity offered by the Ferrari Driver Academy will be Callum Ilott, runner-up in the 2020 Formula 2 Championship and the Scuderia’s test driver. The Englishman will drive a Ferrari 488 GT3 Evo 2020, entered by Iron Lynx in the five rounds of the Endurance Cup presented by AWS.

Callum will share the cockpit, with two other contracted Scuderia Ferrari drivers: Competizioni GT works driver and simulator driver for the Maranello team, Davide Rigon and former FDA member Antonio Fuoco, also a simulator specialist for the Scuderia, as well as a driver coach for the Academy students.

Over the past three seasons, Fuoco has also raced extensively in GT categories, contributing to claiming three titles in the Italian championship at the wheel of a 488 GT3.

The GT World Challenge Europe Endurance Cup is the most famous GT3 series in the world and boasts the most manufacturers taking part in the most important races. The opening round is the Monza 3 Hours on 18 April, followed by the first of the classic races, the Le Castellet 1000 KM.

“The French race is the prelude to the highlight of the season, the Spa 24 Hours, a historic round for Ferrari too, as it was here in the Ardennes in 1932, that the Prancing Horse emblem first appeared on the Scuderia cars as they scored a memorable one-two.

“The championship ends with a couple of three-hour races on the demanding Nurburgring and Barcelona circuits.