Pringle: A full Silverstone crowd is absolutely on the table 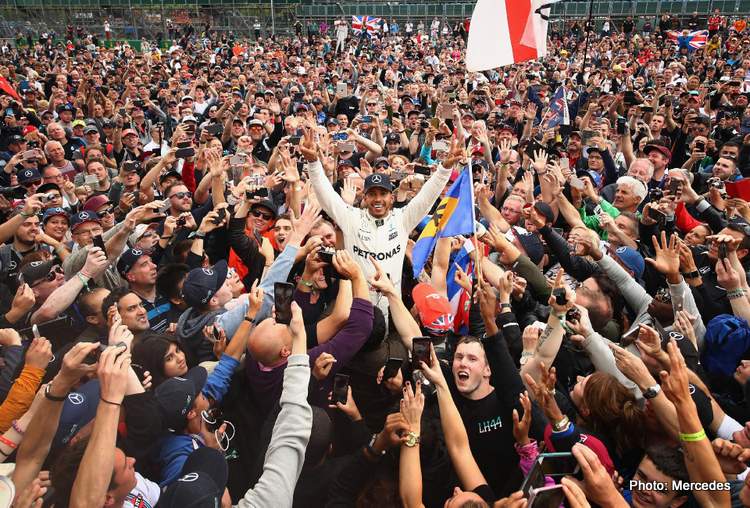 Silverstone boss Stuart Pringle has said that a full crowd at the 2021 British Grand Prix “is still absolutely on the table”.

Under the roadmap outlined by the UK government on Monday, all COVID-19 restrictions could be ended by June 21, with the British Grand Prix currently scheduled for July 18.

The majority of Formula 1 races were held behind closed doors last season, although there were exceptions based on local government approval.

“A full crowd is still absolutely on the table,” Pringle said. “Silverstone is not a tight stadium in the same way that a football stadium is or a tennis court.

“Our 70,000 grandstand seats are spread out over three-and-a-half miles. We have got a lot of space, we are absolutely an outdoor venue, we have a lot of entrances and exits. Anything is possible, but it has also been made clear it is far from guaranteed.”

The UK roadmap is dependent on a number of different factors, including the effectiveness of the vaccine, but under current plans, limited numbers of supporters could be allowed to re-enter stadiums by May 19.

The lack of fans in stadiums around the world have led to numerous financial challenges for event organisers and Pringle confirmed that Silverstone was no exception to this.

“We have been hit with a double-whammy because the other side to our business is conferences and exhibitions, and they have not been able to happen either,” he added.

“We had one event only with fans in 2020, the Pomeroy Trophy last February, which was attended by less than 100 people.

“It has been extremely difficult. We have had no revenue, but have had all the costs of keeping a 550-acre site licensed, serviceable and capable of coming back.

“I want the 2021 British Grand Prix to take place with the largest number of fans attending as possible. That is hugely important to Silverstone so we will do whatever it takes to play our part in proving it is safe to do so.

“I see a strong pent-up demand for that from the public. They absolutely want to come so we have to create the environment where they are able to do so.”