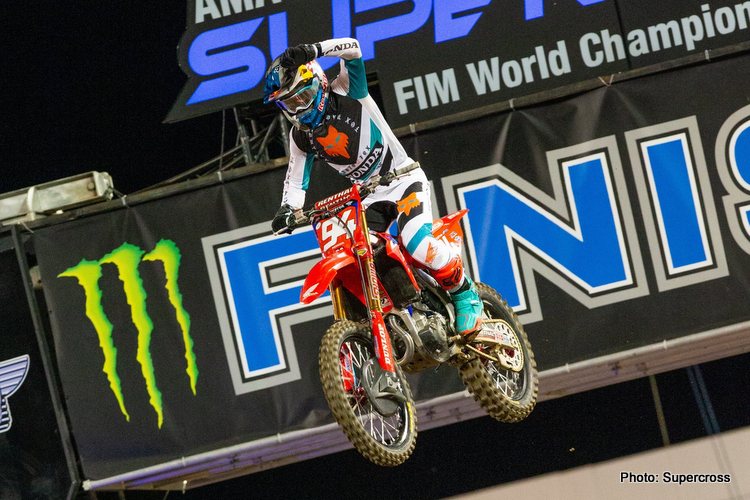 This year’s F1 schedule has already begun to take liquid form with the much anticipated 2021 winter testing moving from Catalunya Circuit in Spain to Bahrain International Circuit in three week’s time. But this weekend, F1 news has quietly been made in the most unlikely of environments.

It’s February in North America, and that means NASCAR racing, and much lesser in the spotlight, it also means AMA Monster Energy Supercross. The Supercross schedule takes place mostly during the off-season giving racers from all over the world an opportunity to attend and in some cases even get involved in on-track shenanigans as Clint Bowyer did in 2016 in the Georgia Dome, where he had a particularly nasty and embarrassing crash. It’s a sport followed and embraced by many MotoGP riders as well, with Marc Marquez, Andrea Dovisioso and the late Nicky Hayden all having been spotted at Supercross events in the past.

While Supercross stars have been spotted at F1 events, and vice versa, the instances have been rare. However, this weekend we saw a multiple Supercross champion flying the colours of a multiple F1 world champion and his team. Yes, of course, we are talking about Lewis Hamilton, a driver who is often the centre of attention on this side of the pond.

Hamilton has never been shy to step outside the F1 scene in order to get a taste of a Nascar Cup car at Watkins Glen, while he’s ridden WSBK and MotoGP machinery with Yamaha on multiple occasions. He also shares a very public mutual admiration with Valentino Rossi, attended the NASCAR finale in 2015 famously alongside racing legend Mario Andretti for Jeff Gordon’s final race, absolutely marvelled at and tried on Takuma Sato’s Indy 500 winner ring on the 2017 Japanese GP podium and received many invites from Bubba Wallace to attend Nascar races in 2020.

While all of those instances seem somewhat reasonable in nature, Hamilton made unlikely news when Supercross championship leader Roczen showed up to round eight in Mercedes F1 colours causing quite a stir and mixed reviews amongst his fanbase on social media. On Friday, Roczen posted photos of a kit he designed pre-season with Fox Racing dedicated to his inspiration Hamilton and Mercedes F1. 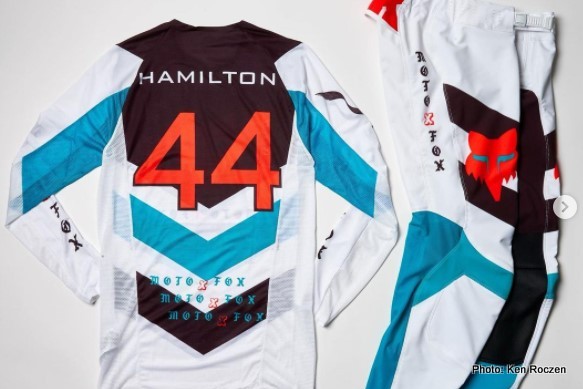 Roczen would go on to race in his specialised outfit, qualifying fourth, winning his heat race and going on to an eventual finish of fourth in the main event. Interestingly, Roczen finished behind Justin Barcia, who just so happens to carry Nicky Hayden’s #69 logo on his racing gear to this day, and ahead of Eli Tomac who on many occasions has dedicated his helmet real estate to the intimidator himself, Dale Earnhardt.