Perez hits the track for first time in a Red Bull 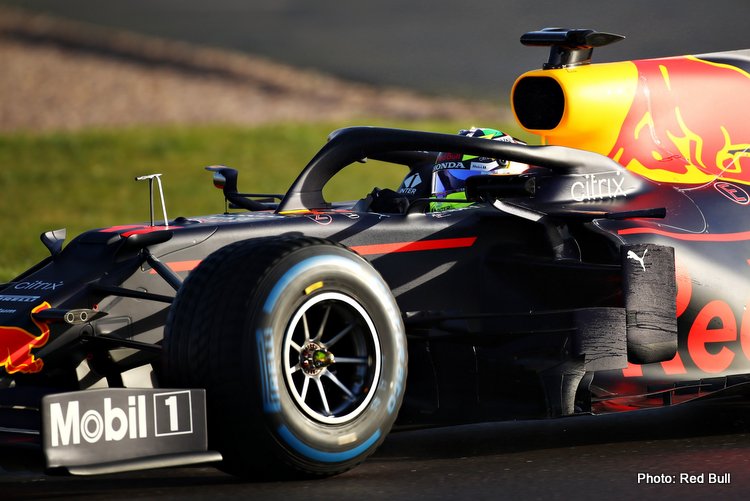 Sergio Perez was out on track in a Red Bull for the first time on Tuesday, the same day that the team unveiled their new 2021 Formula 1 car, the RB16B.

The Mexican racer arrived in Milton Keynes over the off-season as the replacement for Alex Albon, who has moved into a test and reserve driver role.

Since making his F1 debut in 2011, Perez has finished on the podium 10 times, despite never driving for a front-running team and secured his first race win last season at the Sakhir Grand Prix.

With Red Bull set to shakedown the RB16B on Wednesday, Perez got to grips with the 2019-spec RB15 at Silverstone on Tuesday.

The run was likely aimed at allowing the 31-year-old to get to grips with his new team, while also giving him as much track time as possible ahead of pre-season testing which gets underway in Bahrain on March 12.

Speaking last month, Perez admitted that there would be a steep learning curve and highlighted the limited amount of testing as an obstacle he needs to overcome.

“It’s very different in the way it’s a new team, there’s so many things you have to learn,” he said, as reported by The Race. “It just takes a bit of time. I will just get better and better knowing the team, the team understanding what I need.

“[I am] speeding up the process, putting that work into the pre-season. I’ve already spent a good amount of time with my engineers. That’s the key to try to speed up the process.

“I have a good idea of what the Red Bull car is like. It’s already in the back of my head, the car, but we are in that time where nothing comes easy.

“You have to really learn and work to get up to speed with the car. It’s getting there and it’s going to be very limited testing, with only a day and a half.”

Albon is also said to be “heavily involved” in the two days of running, with the 24-year-old driving the RB15 and helping sift through the feedbacked offered by Perez and his new teammate Max Verstappen.