What does Fernando Alonso’s accident mean for his return to F1? 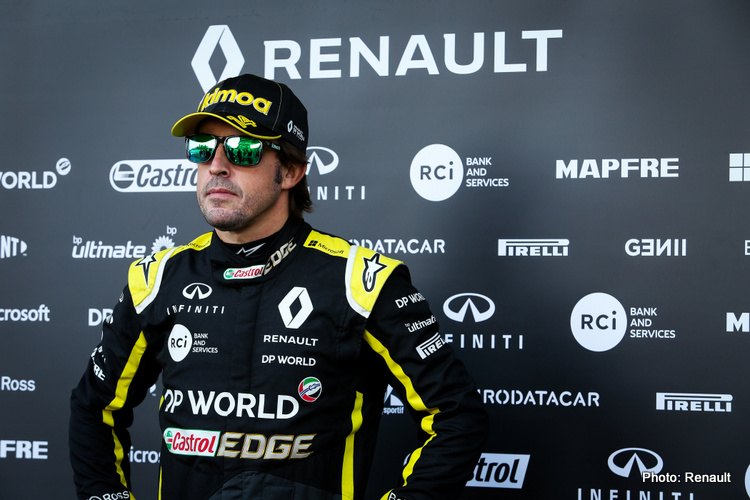 Fernando Alonso is set to make a return to Formula 1, although his preparations in regards to a return to the elite motorsport could not have been a lot worse.

The legendary Spanish racing driver has had his start hampered by a road accident that he suffered in Switzerland which saw him knocked from his bicycle by a car as he was turning into a supermarket car park.

Alonso, who is 39 years old, underwent surgery for a fracture sustained to his jaw, but after just a total of 4 days in hospital, he has since been sent home and is set to have a short rest ahead of his return to Formula 1 with the Alpin team for the 2021 season.

Alpine are the rebranded Renault F1 team and have already confirmed that once he has had a short period of rest, he will return to training to continue his preparation for the new Formula 1 schedule that is set to start on March, 21.

The Spaniard has already confirmed that he is okay and is looking forward to the upcoming season, which is good news for Alpine and racing enthusiasts all around the world.

Alonso will pair up with French racing driver, Esteban Ocon for the upcoming 2021 Formula season and there will be some confidence amongst those in the team as both have been rather successful in previous editions of the motorsport season, as well as those who like to use betting24.fi for all of their motorsport wagering needs.

Alonso has plenty of racing pedigree

There may be some doubt surrounding the Spaniard’s ability as he is entering his 40s, although the racing driver has some excellent pedigree and has remained involved in motorsport in some capacity. For the last few years, he was with McLaren, although he was not used in the 2020 season, whilst he has featured in a number of other races such as the Le Mans 24 Hour race and NASCAR races such as the 24 Hours of Daytona and the Indianapolis 500, as well as the Dakar Rally race back in 2020.

However, it is his Formula 1 record that speaks for itself, with Alonso having been crowned the champion on two occasions, both with Renault. He won his first championship in 2005 and became the youngest World Drivers’ Champion after winning seven races and 14 total podium finishes as he accumulated 133 points that year.

Alonso would go on to retain his World Drivers’ Championship the following year with Renault as he managed to pip legendary race driver, Michael Schumacher, to his second title and the youngest two-time World Champion.

The Spaniard has found it difficult to win races in more recent editions of Formula 1, with his last victory having come in the 2013 Spanish Grand Prix when he was driving for Ferrari, although he did manage to achieve an 11th place finish in 2018 after amassing a total of 50 points.