Schumacher: Ferrari know exactly what is best for me 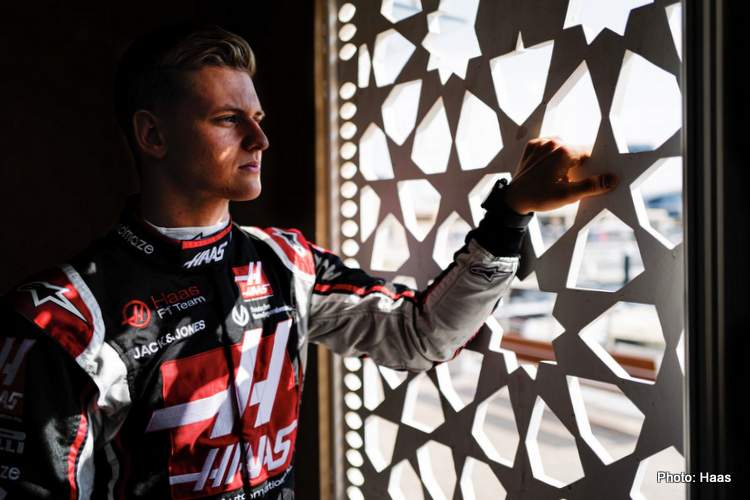 Mick Schumacher‘s debut Formula 1 season will not be with Alfa Romeo as many expected, instead, he will be one of two rookies at Haas.

During a wide-ranging in-depth interview with Auto Motor und Sport, Schumacher junior was asked questions ranging from the choice of Haas for his biggest season in racing so far to his impressions of fellow rookie teammate Nikita Mazepin.

To start, the 21-year-old was asked to rate his preparations ahead of his biggest season, “I’d give it a nine because we still have a few weeks until the start. Until then, I can still improve. I feel very ready and am happy that it will start soon.”

Training off-track is one thing, on-track seat time is another. Alas, for young drivers, not much testing is at their disposal thus Schumacher is under no illusions and admits he has a great deal to learn in a very short timespan

“In general, it’s about the process in a race and on a race weekend,” he explained of the things only experience can teach. “I’ve driven a lot of races in my career, but nothing comes close to the situation that a Formula 1 weekend brings with it. It’s going to be very special.

“I had a lot of Zoom calls with my team to prepare but a race becomes an event that you have to go through to understand it. I also like to write things down and take notes. Overall, learning by doing.”

Consider that before Fernando Alonso stepped up to Renault for the start of the 2003 season, the previous year he pounded the test tracks for the French team and racking up mileage equivalent to a season once a month.

This generation of drivers will get scant few days to familiarise themselves and tweak the cars they will be bound to for the rest of the season.

Schumacher lamented: “As a team, we only have three days of testing instead of six or eight days as in previous years. That means I only get one and a half days of testing before my first race, and then an hour less practice.

“No, I don’t like to hear that. But those are the rules. We’ll do what we have to do with that too but of course my biggest goal is to drive as much as possible.”

Restrictions are such that Schumie junior has yet to visit the team factory in Banbury “because of Covid everything is of course very limited and very difficult to get up and running. Conditions are constantly changing.”

Earlier this week, fellow rookie and teammate Nikita Mazepin was at the team factory for his seat fitting, with Schumacher expected later this week.

To keep sharp the German has a simulator at home, but he admits it can never compare to the real deal.

“Fortunately, I have the opportunity to do it at home and practice my routes there and sharpen my driving skills,” he explained. “But none of this is as good as sitting in a real car or in a reasonably large simulator like a Formula 1 team.

“It’s all very difficult, very different from the years before. Unfortunately, Covid has restricted a lot,” he lamented.

For many, Schumacher’s placement at Haas by Ferrari was an odd decision, as the alternative Alfa Romeo provided a tried and tested grooming ground for young drivers, while Haas has never been that.

Nevertheless, it appears Schumacher and his minders have bought into the idea of the American team as his stepping stone, “They are not the biggest team. In return, they have a very direct line to their drivers. We are in contact very often, which is of course nice. It is also good to know or discuss what the team’s goals are.

They work very well with their drivers; I also believe that a breath of fresh air will be very good for the team. Hopefully, it motivates and lets us go well together and I felt at home straight away.

“Sometimes that takes longer. At Haas, the time had come after the first day, after the first meeting I can say I am happy to have made the call. It is a good step to develop myself further.

“The decision was of course made together but in the end, I personally have very little experience in Formula 1, and Ferrari is extremely knowledgeable. They know the business. They know exactly what is best for me.”

Rule number one in a race driver’s handbook is simple: Beat your teammate. In this case, Schumacher needs to beat Mazepin every time, the more comprehensive the beating the better; George Russell style or he will not convince.

Throw into that mix, both Haas drivers are likely to struggle at the wrong end of the grid all year which will only compound the challenges for the two youngsters. A true test of character in store for the rookie line-up.

Of the driver sharing he will share the garage with, in 2021, Schumacher reckoned: “Nikita had a couple of good races last year. So it will be very interesting to see how he is developing and how quickly we develop.

“We are two newbies but we’ve spent many years in junior categories. I’m sure that we can move the team forward if we work together. At the same time, we as drivers have to develop so that you can see a difference from beginning to end,” he concluded.