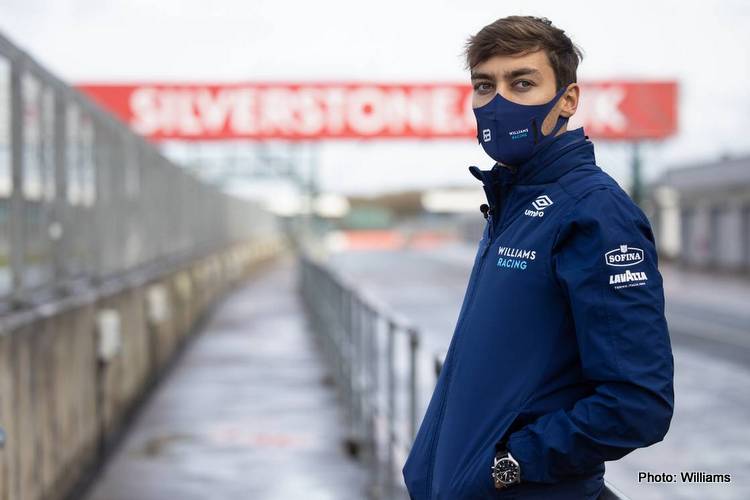 George Russell and Nicholas Latifi took part in a shakedown at Silverstone on Wednesday, as Williams fired up the FW43B ahead of pre-season testing next month.

The team are set to officially launch their 2021 challenger on March 5 and completed one of their allocated filming days on a wet day in Northamptonshire.

The FW34B is the first Williams car to be developed since the departure of the Willams family after the Italian Grand Prix last season.

According to Formula 1, the team completed the programme as planned, despite the weather, while running a plain livery.

The Grove-based outfit have endured a difficult time in recent years and failed to score a single point during 2020.

They have now finished last in the constructors’ championship in each of the last three campaigns.

New Williams Racing CEO, Jost Capito, explained that with the new car an evolution of the 2020 machine, the team are expecting “no miracles” this season.

“With the new beginning, also with the new owners, you now have the opportunity to restructure and streamline again,” he said, as reported by PlanetF1. “This is important because fewer than zero points is not possible.

“It can only be better. But no matter what changes you make, it always goes down first. Then it has to go up. That means for this year, no miracles are to be expected because you can only change very little on the car.”

Pre-season testing starts on March 12 at the Bahrain International Circuit, with the opening race of the year taking place later that month at the same circuit.