Brown: F1 the most important racing activity in McLaren’s world 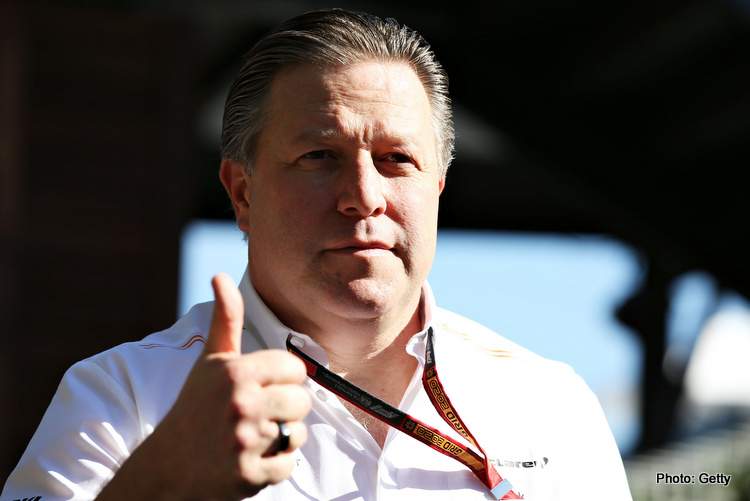 McLaren Racing CEO Zak Brown has reaffirmed that Formula 1 remains the organisation’s primary focus, despite their foray into IndyCar and interest in Formula E.

The team made its F1 debut in 1966 but has displayed an interest in expanding its reach in recent years, returning to IndyCar on a full-time basis in 2020 and signing an option that allows them to join Formula E in January.

Their ambitions beyond F1 have not held them back in recent years though and last year’s finish of third in the constructors’ championship was their best since 2012.

Speaking ahead of the launch of the MCL35M on Monday, Brown said that the team hope to build on a strong 2020 and close the gap to class-leaders Mercedes, especially now that they have the Mercedes power-unit in the back.

“I think challenging for the championship would be unrealistic given the journey that we’re on,” he told selected media. “I think all we can hope for and are striving for, is to close the gap to Mercedes, who we anticipate to be the fastest team again in 2021.

He added: “We’re going to keep our eyes on all the competition. I think it would be naive to underestimate any of the competition. It was so close last year, so our goal is to close the gap to the front. We’re not focused on any one particular team or who’s got what power unit. We want to be the best of the customer teams, we’ve got one target in mind and that is closing the gap. So the front of the field.”

Addressing the topic of the organisation’s ambitions away from F1, Brown explained that while they hold an interest in other series, “all roads lead to supporting our Formula 1 effort”.

“We could and we might, but right now we continue to be and always will be laser-focused on Formula 1,” he said. “That’s the most important racing activity in McLaren’s world.

“We’ve added IndyCar successfully to our programme and that’s really to cover off on the North American marketplace for our partners and we’ve been able to bring our title sponsor Arrow Electronics over from our IndyCar team to join us in Formula 1.

“All roads lead to supporting our Formula 1 effort. WEC is of interest to us but it has to be the right time, right place and right resources. It needs to stand on its own two feet, and it’s still early days while being under review. We want to make sure we continue to invest everything we have on our Formula 1 team before we take on any incremental efforts.”