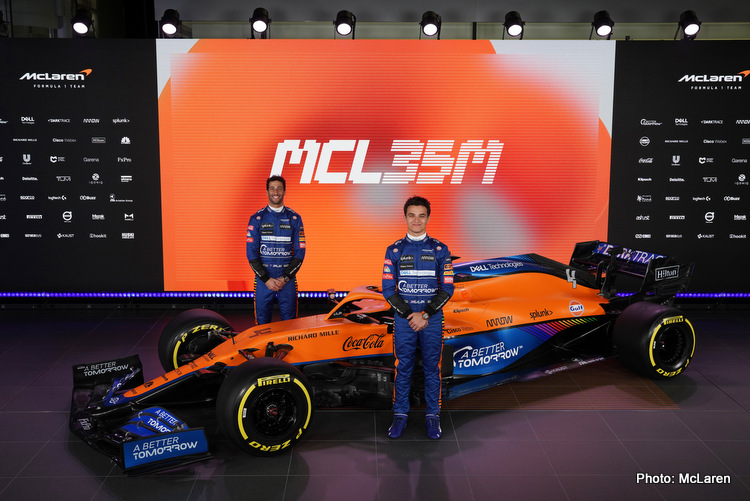 McLaren technical director James Key revealed that the team have made an “aero push” during the off-season, speaking ahead of the MCL35M virtual launch from the MTC.

The Woking-based outfit have been busy throughout the winter break, with the team forced to adapt their car to the regulatory changes, which were aimed at reducing downforce levels, and their new Mercedes power-unit.

McLaren unveiled their 2021 challenger, the MCL35M, on Monday and Key acknowledged that the car itself is fairly different to its predecessor, even if the livery is largely unchanged.

“There has been an aero push,” he told selected media on Monday. “Any new set of regs naturally open up fresh opportunities in other areas anyway, so the car does look a bit different.

“There will be some fresh ideas on there. The front of the car, from a regulation point of view, hasn’t changed at all but there are developments that we’re still looking at in those areas as well. And that will continue on into the season. I think it would be naive to think that you could kind of just adapt a bit to the reg changes and move on. Everyone’s going to be pushing for sure, so we wanted to make sure we were doing the same.”

The regulation tweaks brought in ahead of the new season were mainly aimed at reducing downforce generated at the rear end of the car and Key said that those attempts by Formula 1 and the FIA were pretty successful.

“The regulation changes were effective, they did knock downforce back quite a bit,” he added. “Most of it was rear axle but there are always some upstream implications as well but that was really the aim of these regs and they did have quite a significant effect.

“So we’ve been in the process of clawing it back and the launch spec car has some of that. The race one spec car, which is still in definition at the moment, will be a further chunk of it so I can’t give you a percentage at the moment in terms of where we are actually going to be at race one.

“But there’s still a lot of development potential around the rest of the car. So my guess is that as we get into the season most will have recovered everything. Whether it’s for race one or not it’s difficult to say, but I don’t think 100% quite yet.”