Alonso: Thanks for all your wishes, let’s gooooooooo 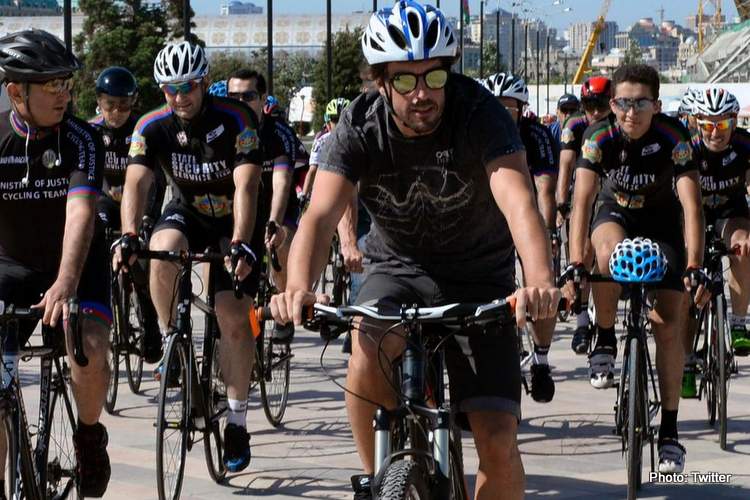 According to an official statement by Alpine F1 Team, Fernando Alonso underwent successful surgery last night at a hospital in Bern, where specialists repositioned his jaw.

The Spaniard replied to his team’s earlier Tweet, confirming:

The team confirmed in an email statement:

Thanks for all your wishes, I’m ok and looking forward to getting 2021 underway.💪💪💪💪
Let’s gooooooooooooooo

Earlier Marca reported  that Alonso “suffered a tremendous blow yesterday in Lugano, in the urban area, when he was run over by a car in a roundabout.”

And added, “During the maxillofacial surgery procedure some damaged teeth were also removed. The doctors reported that the operation went well, so we only have to wait for the recovery of the Spanish driver.”

The accident is being investigated by the local police, but nothing official has emerged from authorities, the Alpine F1 team or Alonso’s camp.

Meanwhile, The Spaniard’s normally lively social media accounts remain silent as the Formula 1 world awaits news in the wake of his cycling accident in Switzerland yesterday.

For now, it is all speculation, with Spanish news outlet AS, tasking their medical correspondent Dr Jose Gonzalez to provide some insight into the little information that has emerged since the news went viral late Thursday.

In a column dedicated to his insight on Alonso’s incident, Dr Gonzalez writes:

“At first, I was very surprised to read the statement that Fernando Alonso’s team gave about his accident on a bicycle in Switzerland because there was no clear diagnosis regarding the injuries that the rider had suffered in the accident.

“They said that they were waiting for more tests on Friday morning, and that is something that indicated that there is nothing serious or important, simply that what Alonso may have is not seen in a normal x-ray and they wanted to do more tests such as an MRI or CT scan.

“Later, the prognosis was clarified with the information which emerged suggesting he took a blow to the jaw and teeth. If there is a mandibular fracture, as it seems, they would do more tests because they want to see well if there is displacement or not.

“And, if necessary, put a plate on it. Because if it really is a clean fracture, there should be no further testing. Either way, whatever it is, it’s not a major injury.

“So it can be said, almost with complete certainty, that he could be without any problems in the preseason tests in Bahrain,” speculated Dr Gonzalez.

The pre-season tests will be held from 12 to 14 March in Bahrain and the first grand prix of the year, also at the Sakhir venue, scheduled for Sunday 28 March

Double World Champion Alonso has four weeks to recover from this unfortunate saga, as he begins a much-anticipated return to the top flight with Alpine F1 team to kickstart the next chapter of a remarkable career.

Until he surfaces with news, the silence from his side becomes increasingly alarming and inevitably triggers memories of the pre-season accident suffered by the Spaniard’s mate Robert Kubica.

At the peak of his F1 career and a stellar future on the cards, on 6 February 2011, the Pole was severely injured as a result of a crash during the first stage of a low-key regional Ronde di Andora Rally.

His life was never the same again.

Whatever the case with Fernando, we at GRANDPRIX247 along with every F1 fan only wish him the best and a speedy legacy, as his presence on the 2021 grid is sure to be one of the main sideshows, if not highlights, of the season ahead.

Meanwhile, rally legend Carlos Sainz posted a message to Alonso, “Best wishes Fernando. I hope it was just a scare” and his son Carlos junior, “Courage Fer. We hope it’s nothing and that you can recover as soon as possible.”

MotoGP legend Marc Marquez Tweeted: “Much support. We are with you.”