Alpine: Fernando is conscious and well in himself 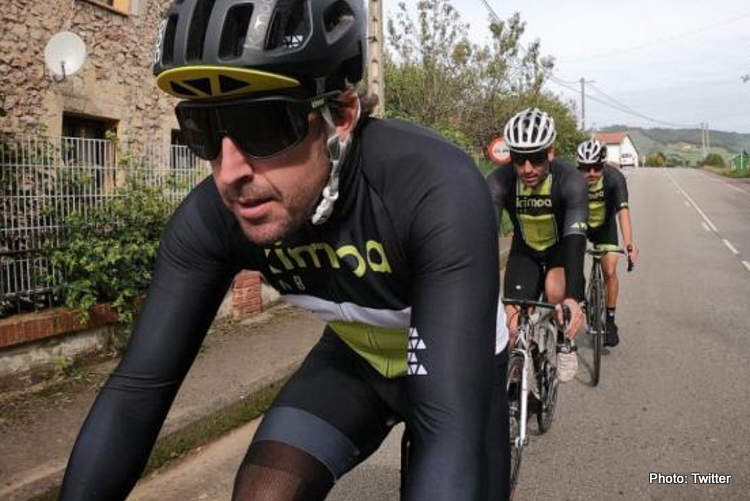 Fernando Alonso has been involved in a road accident while cycling in Switzerland but reportedly in a stable condition.

The two-time Formula 1 world champion is reportedly “conscious and well in himself” and now awaiting further medical examinations on Friday morning, his Alpine F1 team wrote on Twitter:

“Alpine Fl Team can confirm that Fernando Alonso has been involved in a road accident while cycling in Switzerland. Fernando is conscious and well in himself and is awaiting further medical examinations tomorrow morning. Alpine F1 Team will not make any further statement at this point in time. Further updates will be given tomorrow.”

Spanish news outlet AS reports that ” Fernando is okay.”

El Confidencial report: “In recent times, Alonso has intensified his physical training for the season [ahead], when he works to achieve the greatest physical peak. (Pictured above in a most recent photo on social media of his training.)

“The bicycle is one of his best tools, and in these last days he was referring to his outings on social networks, both in Spain and in Lugano, in Switzerland.

“The Spaniard prefers the road bike over the mountain bike because it offers better physical intensity for the necessary regime on board a single-seater. But it is not only about training, as it is also one of his main passions.”

Marca provided a little insight in a later bulletin, “The blow would have been to the face, they are reporting from Italy from the doctors, suggesting the jaw and teeth could even have been affected”

However they add, “Although the doctors seem to have a good prognosis since they would have assured him is not so bad that he will have to miss the F1 testing in mid-March or the start of the season in Bahrain on March 28.

After a two year hiatus from Formula 1, Alonso’s much-anticipated return to the top flight is set to begin when he lines up for the Alpine F1 Team (formerly aka Renault) to add another chapter to his remarkable career.

Ferrari’s Spanish driver Carlos Sainz tweeted: “Cheer up @alo_oficial. Hopefully it’s nothing and you recover as soon as possible!”

Alonso has competed in 311 grands prix, winning 32 of them. He won successive championships with Renault in 2005 and 2006 before quitting McLaren after one season following a turbulent campaign alongside the then-rookie Lewis Hamilton.

He briefly returned to Renault ahead of a four-year period at Ferrari where he came close to winning the title on two occasions.

After falling out with the Italian team, he went back to McLaren, but the switch proved desperately unsuccessful.

In 2018, Alonso quit the sport and set his sights on becoming only the second driver since Britain’s Graham Hill to complete the so-called Triple Crown-winning the Monaco Grand Prix, Le Mans 24 Hours and Indy 500.

Although he won the famous sportscar endurance race in 2018 and 2019 he has not been able to crack the Indy 500, despite a remarkable effort on his first appearance back in 2017.

This season, he is due to drive alongside Esteban Ocon at Renault, rebranded as Alpine for 2021, following Daniel Ricciardo’s switch to McLaren.

We are back. #f1 pic.twitter.com/oK6bfbG5WB