Brown: We have a different driver philosophy to Red Bull 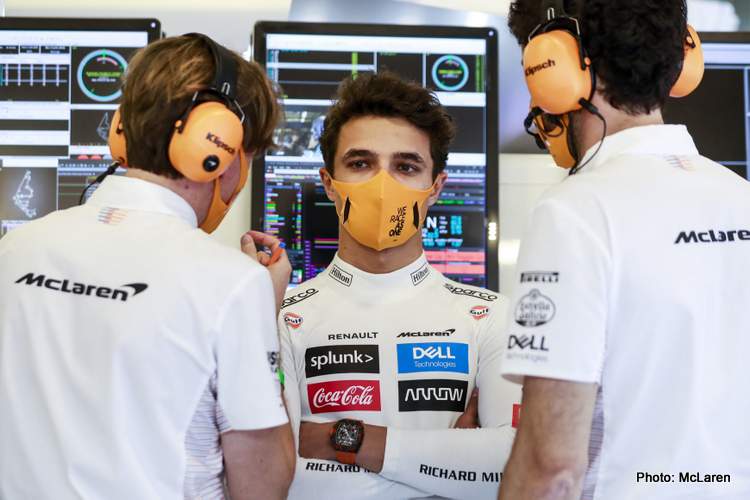 Zak Brown does not believe the driver programme used by Red Bull to groom talent for Formula 1 works for McLaren, citing too many drivers for too few cars.

Red Bull famously plucked Max Verstappen, as a teenager, and stuck him straight into F1 with Toro Rosso. The young Dutchman subsequently claiming just about every ‘youngest’ record there is in the sport at the highest level.

However, before and after the precocious talent made it onto the scene, there was and has been a trail of spoilt or stalled careers.

The likes of Scott Speed, Sebastian Bourdais, Jaime Alguersuari, Sebastien Buemi, Brendon Hartley, Jean-Eric Vergne and Alex Albon are examples of a system that has failed of late, despite having brought to the fore Sebastian Vettel, Daniel Ricciardo and Carlos Sainz.

Furthermore, there is no doubt at this stage of theRed Bull’s F1 history – much like a decade ago during their four glory years when the team was built around Sebastian Vettel – Red Bull is currently built around Verstappen.

So much so that the driver-pipeline has simply been cut, with Alex Albon, Pierre Gasly and Daniil Kvyat apparently unworthy of wearing the senior team’s colours, they have been forced to bring in Sergio Perez.

The driver-grooming system Helmut Marko presides over and the entire philosophy behind it (was there ever one?) has not only floored careers but also failed the team miserably, when it really mattered (now!) they have had to go shopping for the real deal as their homegrown ‘produce’ has not been good enough.

With regards to the matter, Brown told GPFans, “While it’s great that Red Bull has found Max, they have gone through a lot of talent to get there and a lot of expense. I think we’re better off being very targeted.

“At this point, we are paying attention to what is happening in the junior formulae. We don’t have anyone really that is on a junior programme at this point because, again, I don’t think we would really have a home for them.

“We have a different philosophy. I think you do run into the problem, that the others have, where they have too many drivers and then they start to try to place them with other teams or they don’t have a seat available when their driver is ready.”

“I think McLaren, especially with our recent progress, will always be a team that most drivers have a high desire to drive for, especially as we continue to progress,” added Brown.

“Lando [Norris] is very young, we’re just getting started with Daniel, so to have a driver knocking down our door in a year or two, we’re not going to have room for them. So I think we are more strategic like we were with Lando. We found him early as like did with Stoffel [Vandoorne]. Unfortunately, that didn’t work out. It worked with Lewis [Hamilton].

“We just handpick a few when you kind of see they might mature at a time when you might have a seat available,” added Brown.

In retrospect, it is easy to have a swipe at Red Bull’s mostly ineffective and always ruthless driver programme, but it can also be mentioned that McLaren are no saints when it comes to destroying driver careers in Formula 1.

Perez can count himself among those that were chewed up and spat out by McLaren, as can the likes of Heikki Kovalainen, Kevin Magnussen and Stoffel Vandoorne.

Clearly, the team, under Brown have learnt lessons since the Fernando Alonso/Vandoorne debacle; the team has untangled itself from the Spaniard, opted for his countryman Carlos Sainz and Lando Norris to steady the ship.

With Sainz lured away by Ferrari, Brown shrewdly swooped on Daniel Ricciardo to complete an exciting driver pairing with 21-year-old Norris that should see the Woking outfit well into the future, starting this season in Bahrain.