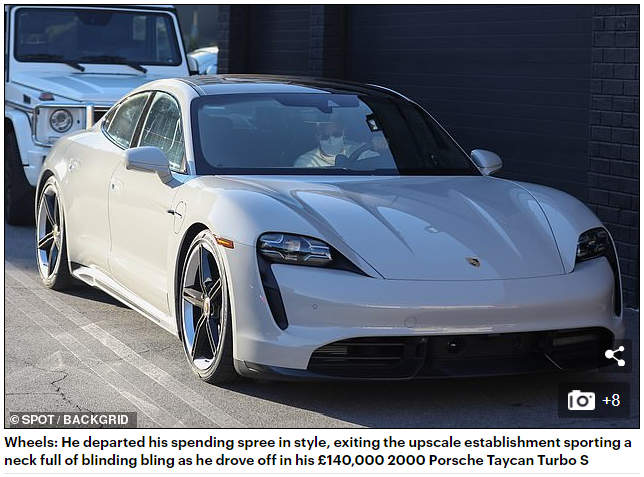 Straight up I have to say I never bought into the Lewis-Hamilton-is-stalling for more money theory, believing that it is all a mere formality that the seven-time Formula 1 World Champion will sign for Mercedes for at least a couple more years.

It’s a no-brainer and a slam-dunk deal for both parties no matter what the terms are; success breeds success and next year Lewis will obliterate every record in the book, only Mercedes can guarantee him that, while he offers them unrivalled superstar power.

Digital sign the thing if need be! It’s a match made in heaven with a proven track record, just get on with it. So I thought.

Until this morning that is, when photos of Lewis in a Porsche (courtesy Daily Mail) dropped onto my radar Initially, I thought little of it until they started to trigger far too many questions, worth sharing with our readers on a quiet Sunday.

It is no secret that Lewis is in Beverly Hills, everyone knows it because the paparazzi (paps) have been all over his preseason sideshow. The Sun, Daily Mail etc are packed with Lewis content.

He must be more than aware of them, his agents, PR people etc will have informed him that the long-lenses are on him 247 and, furthermore, if he and his minders are media-savvy he can spin ‘the spin’ whatever way he wants way as celebs tend to do. It’s a two-way street between celebs and paps. 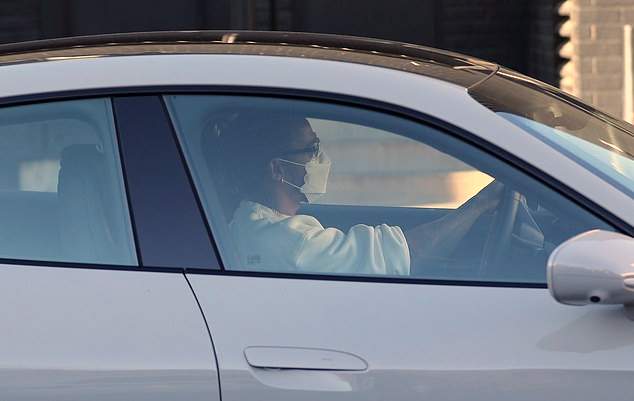 Lewis is A-lister big news for the tabloids on the Isle he hails from, they have his every move papped; we even know he chilled with a pretty model who is “just a mate” and now, in the latest sighting, the long-lenses have him in a Porsche Taycan Turbo.

This piqued my interest and curiosity. Lewis knows he is being snapped by the paps thus, why a Porsche when he could have hopped into the (also in the drive-way) Merc G-Wagon?

What was the Porsche even doing there?

Afterall, here is the guy who weekend in and weekend out proves to the world that Mercedes is the best piece of kit in the world – and he earns $45-million for the huge team effort – yet on his downtime, he is flaunting a Porsche.

Guaranteed when Toto Wolff and the entire Mercedes board or the workers at Brackley and Brixworth see the pictures, the collective reaction of the 500+ strong team will be:

WTF! Is Lewis Thinking? That is a Porsche!!!

Indeed what is Lewis thinking? I am not sure I understand.

Is there a message therein? Have the negotiations only just started? Is there more to the stand-off than we are being led to believe?

Having bought the spin that all is well in silver Camelot, only distance and COVID-19 has prevented a new deal, but the signing to happen soon, so they said.

Now, this. I still can’t process the meaning. What the hell is actually going on? Not sure I know anymore.

Inside Line is an opinion piece by Paul Velasco, GrandPrix247 editor-in-chief