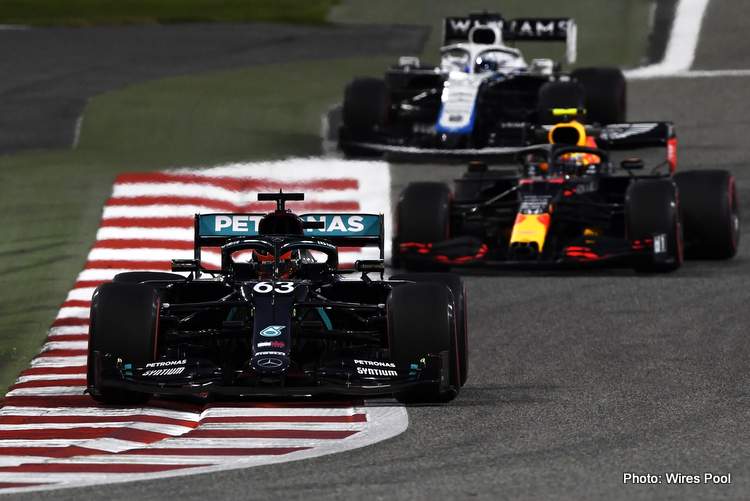 While the Formula 1 world waits on seven-time Formula 1 World Champion Lewis Hamilton to ink an extension to his deal, unfounded rumours continue to hover suggesting he is stalling for more money from Mercedes.

The delay of course only fires up speculation during this news-free off-season, with former F1 driver Ralf Schumacher weighing in on the situation, suggesting that Hamilton might not have all the aces in his hand.

The six-time F1 winner told Mundo Deportivo, “We’re in February and the most important man in Formula 1, the seven-time champion, has not yet been confirmed. It seems a shame to me.

“I keep hearing that it is about money but I hope it’s not true. Hamilton, in particular, must know that in this age you cannot demand 100%,” added Ralf, with reference to the global economic slowdown that engulfs the COVID-19 landscape that prevails over the planet.

Job loses have been immense as just about all industries are in slow-motion and normal staff are glad to – albeit it forced to – take substantial pay cuts so companies can stay afloat. Others are simply losing their jobs as companies collapse like dominoes with no end in sight.

Hamilton, reportedly on $45-million for the past three years, will no doubt be aware that he holds few aces other than the most important one, first dibs on the World Champion Merc should he be reasonable. Common sense will prevail as there appears no genuine tension between the two camps.

Of course, the ‘George Russell Experiment’ has changed the stakes somewhat by making it patently clear that there are a queue of very good drivers quite capable of swinging the Mercedes very fast. Flashback Sakhir!

If I were a factory worker in Stuttgart, I would be doing the maths: 36-year-old Lewis gets 45-million to win. At 22-years of age, George would do it for 5-million?

So, why bother with Lewis? Rather take the 40 -million and add it to Mercedes staff year-end-bonus.

Of course, that scenario is not going unnoticed, especially in Germany where questions have been asked before about the big-bucks salaries when the Silver Arrows were not dominant; serial success for the team under Toto Wolff has shut those up for now.

However, Ralf warned in parting, “Hamilton should also know that Formula 1 is bigger than any individual. Perhaps he should now wake up too. There is still a risk that Mercedes will put George Russell in that car. Hamilton should never forget that.”