Brawn: It would be a great shame for Lewis to stop 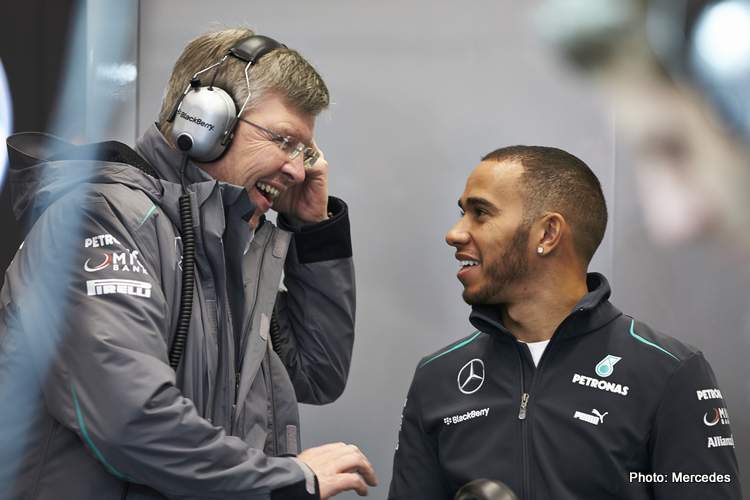 With speculation rife on Lewis Hamilton’s contract situation at Mercedes, Ross Brawn – Formula 1 managing director and Hamilton’s previous boss at Mercedes – has weighed in on the situation.

“It’s up to Mercedes and Lewis to find their solution, but it would be a great shame for Lewis [to stop],” Brawn told RACER. “I don’t imagine for a moment that it’s going to happen.

“I think Lewis loves the sport too much, Mercedes like Lewis too much. There’s a bit of jousting going on, clearly, between Toto and Lewis, and that’s all part of the entertainment.”

Brawn went on to explain, “We want Lewis to continue. He’s a huge figure in the sport. He’s made people think – particularly this past year – on a number of issues which are associated with the sport but are perhaps not the focus of what we normally do, but things that are very important and have made people think and consider their approaches and attitudes. That’s been invaluable.

“He’s got a record to break as well and I think driving for Mercedes is his best chance of doing it,” added Brawn who was instrumental, along with Niki Lauda, in luring the Briton away from McLaren to Mercedes for 2013.

Hamilton, who is currently preparing for his 15th season in the top flight, is still to ink a new deal with Mercedes for 2021 and beyond, with pre-season testing set for March 12 ahead of the season opener in Bahrain on March 28.