Raikkonen: If I didn’t like it anymore, I would stop 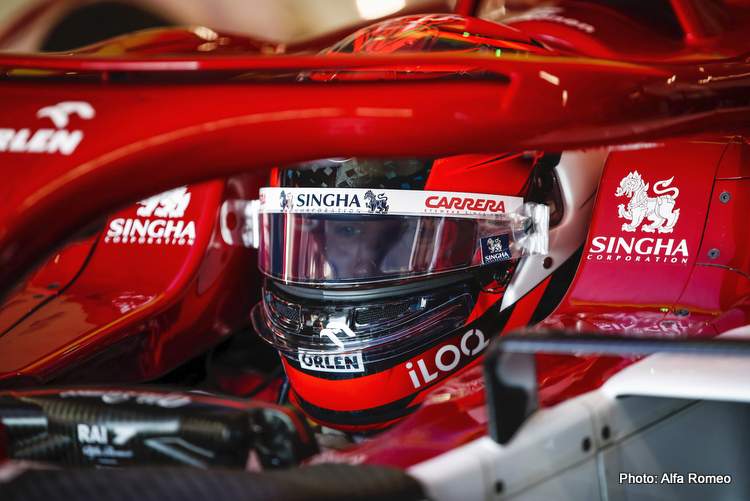 Kimi Räikkönen begins his second decade as a Formula 1 driver and believe it or not, at 41, still enjoys racing

Not only that but also working with a team at the pinnacle of the sport to develop race cars, and will only consider stopping the moment the enjoyment goes.

One could imagine Kimi revelling in racing under lockdown; fewer promo appearances/ annoying interviews in the paddock; a nice and abandoned paddock at that, which will suit the 2007 F1 World Champion’s loathing of crowds, particularly those wielding microphones asking dumb questions.

Thus no surprise he is still having fun after all these years, yes all these years; to put things into perspective: Lando Norris was 15-months-old when Kimi made his debut at the 2001 Australian Grand Prix.

Fair to say that for the proverbial Iceman it has been a long journey which began audaciously at McLaren, flared magnificently at McLaren before flourishing at Ferrari with the dramatic title snatch in 2007.

But those heights were never tickled again as his career petered out slowly and sadly; his last win was at the 2018 United States Grand Prix, prior to that he had not won for the previous five years playing second fiddle to Sebastian Vettel for most of those.

But winning is no longer the raison d’etre for the Finn to be in F1, who said as much in an exclusive interview on the Formule1 Podcast, “Even if you drive for a top team, there is no guarantee that you can win races.

“One team currently dominates and the other eighteen cars have little chance. So yes, sometimes you win races and sometimes you don’t, but it’s rare that’s all. In any case, I still enjoy the driving and the work.”

Despite the dour facade, on race weekends, deep inside Raikkonen still relishes driving the fastest cars, among the quickest drivers on the planet as well as working with engineers to improve and develop the cars.

Kimi explained, “Everything that serves to make the car faster and to handle better, that’s why I still do it and why I want to keep going.

“If I didn’t like it anymore, I would stop. That makes sense to me. Then I wouldn’t waste my time travelling the world. That is the condition for me to continue: that I like it.”

Kimi remains one of the sport’s most universally liked driver, his fanbase – young and old – is huge. When he lines up on the grid in Bahrain for the 2021 F1 World Championship season opener, it will be for his 331st Grand Prix start.

Even if struggles to crack a smile on race weekends, at least his fans will be glad to know that the veteran is enjoying himself.

Sauber Motorsport announced today that “Singha Corporation will add another chapter to their history together as the two brands announce an extension of their partnership for the 2021 season – the third year of this relationship.”