Alonso: In 2021 Mercedes and Hamilton will win again 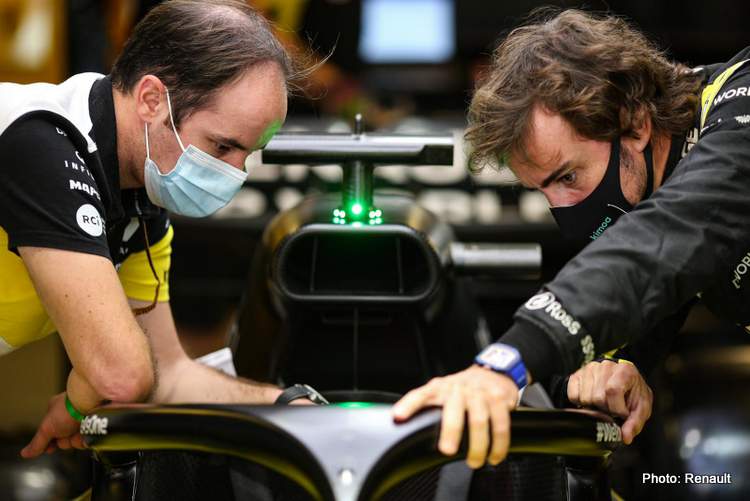 Fernando Alonso’s much-anticipated return to Formula 1 has not been short of headlines but, as D-Day in Bahrain fast approaches, the two time World Champion is under no illusions, already predicting the outcome of the 2021 season.

After a couple of years in the wilderness, in which he won many hearts and minds with his non-F1 adventures, he is now back where he belongs and, thankfully, not intent on keeping quiet.

This year he returns to the top flight with the Alpine F1 project (aka Renault) – the outfit that took him to two world titles a decade and a half ago.

He returns to the scene in which Mercedes are almost unbeatable, with Red Bull nipping at their heels and the rest in ‘one-seconds-slower-than-Merc-land’ with the gulf not expected to reduce much until 2022 when the new F1 rules package is introduced.

Speaking to RAI Sport, Alonso predicted, “In 2021 Mercedes will win again, Hamilton will win again. Red Bull will fight for second place, it remains to be seen who will finish third.

“F1 doesn’t seem to have changed much. Same people, same rules. Who was strong two years ago is strong today.

“Instead, I’m a bit different. I wanted new challenges, I had the time to face them and I think I have improved in my body and in my head. And I’m more relaxed ahead of what I expect from myself.”

“I think I am more mature than ever before. Tests have shown that I am as fit as in 2010. I analyzed how I was driving to correct any defects, my speed remained intact, the experiences at Le Mans and Indy provided useful data.”

F1 is optimistic that they can role out a 23-race world championship calendar this year, I big ask under normal conditions let alone in the current COVID-19 landscape.

Asked if he has any fears ahead of his new chapter, he replied, “What am I afraid of? A calendar with 23 races. Heavy. It means having about 20 days off in a year.”

Nevertheless, his objectives remain crystal clear, “Renault managed three podiums in 2020, I would like to improve the balance sheet. For a year. Then, much more…”

We are back. #f1 pic.twitter.com/oK6bfbG5WB