Hamilton: I will leave F1 when I don’t get that smile 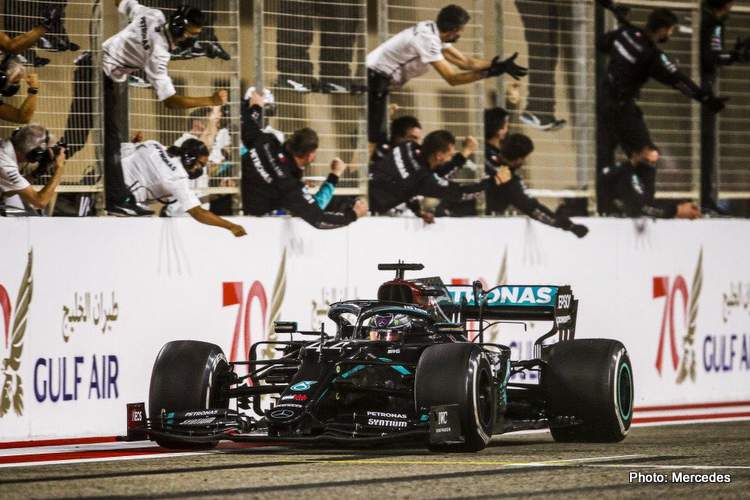 Lewis Hamilton has revealed that he will retire from Formula 1 when he no longer smiles after putting down the visor.

The seven-time world champion made his debut in 2007 and ended a streak of 265 consecutive race starts when he missed the Sakhir Grand Prix due to COVID-19.

Hamilton is yet to agree to a new deal with Mercedes after his previous contract expired at the end of last season, although team principal Toto Wolff said earlier this week that he expects a new one to be signed before the first race of the 2021 season in Bahrain.

While Hamilton is only the third oldest driver on the grid aged 36 behind Kimi Raikkonen and Fernando Alonso, retirement and life beyond F1 is clearly on his radar.

Addressing his current levels of motivation, the Brit said that even after 14 seasons in the sport, he still loves what he does.

“For me personally, we’re all struggling with something,” he told Mercedes sponsor Crowdstrike.

“You’ve got to find what you’re passionate about and what you love doing, and me personally, in my journey, there was a point where it just got too serious.

“We only have one life. You have to enjoy what you’re doing. You’ve got to find happiness every day in what you are doing and I think that has been really important for me to be able to live in the moment.

“Yes, it’s a competitive space that I’m in, but when I get in that car and put down the visor, the team start up the car and I leave the garage, I have the biggest smile. Even today, after all these years of racing.

“If there’s ever a day that that doesn’t happen, I don’t get that smile, I know that it’s done and I need to move on to something else.”