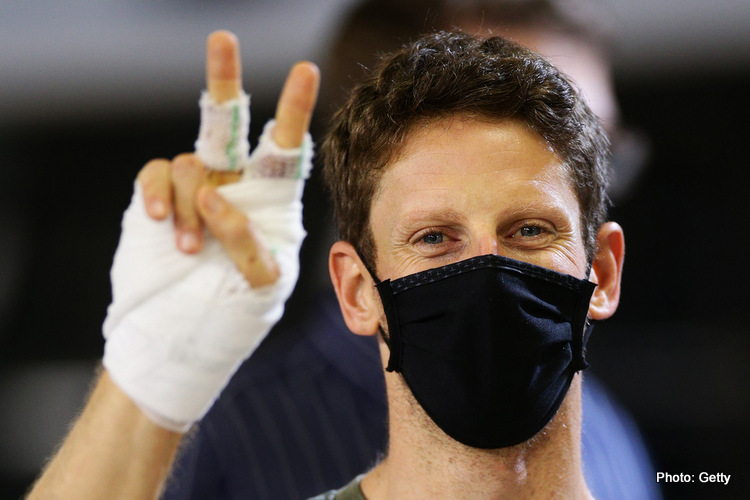 IndyCar team Dale Coyne Racing said on Wednesday they would “love” to have out of work Formula 1 driver Romain Grosjean in a seat this season and hoped to confirm their lineup next week.

After 10 seasons in Formula 1, Grosjean was left without a spot on the grid when US-owned outfit Haas decided not to renew the contracts of the experienced Frenchman and his Danish teammate Kevin Magnussen.

Grosjean had earlier expressed an interest in making a move to IndyCar and Coyne indicated the 34-year-old was on his radar.

“Obviously, Romain is a good driver,” Coyne said during a conference call to announce Dubai-born Briton Ed Jones as one of the team’s drivers for the coming season.

“We’d love to have him. We’re working on a few other ones as well. Hopefully, we get all that buttoned up and make an announcement next week and then get out to testing in February.”

Grosjean, who spent the last five seasons with Haas and never managed a podium finish, could find himself in competition with a familiar face for the other seat at Dale Coyne with former teammate Magnussen saying he also would love to race in the American open-wheel series.

“You all could make a list of a hundred drivers, we’ve talked to probably every one of them this winter,” said Coyne. “Employed, unemployed, America, Europe, every country. It’s been kind of amazing.”

Grosjean’s Formula 1 career ended in a frightening crash during November’s Bahrain Grand Prix when his Haas careered off the track at high speed on the opening lap before splitting in two, penetrating a metal barrier and erupting in flames.

The IndyCar season is scheduled to start on April 18 with the Grand Prix of Alabama at Barber Motorsports Park in Birmingham.