Legends: Jean Alesi mastered being in the right place at the wrong time 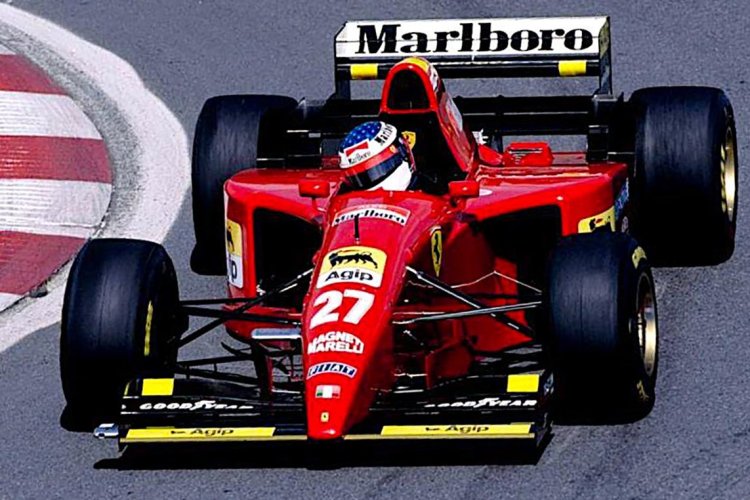 Giuliano Alesi took a spin in a Ferrari Formula 1 car this week, stirring memories of his dad Jean’s first test for the team 30 years ago.

Ferrari has made no bones of the young Giuliano driving one of its Formula 1 cars this week, thirty years after his team veteran dad Jean first turned laps testing for the great Maranello team.

But who is Jean Alesi? And what set him apart? Perhaps a touch too passionate, exciting and aggressive a driver, Jean was particularly talented in the wet. He may have only won a single race in Canada in 1995, but his career proved challenged by Jean consistently finding himself in the right place at the wrong time.

Born to Sicilian parents in Vaucluse in Avignon, France, Jean grew up around his family’s body shop and was soon influenced by rally driver and hill climber dad Franco’s amateur racing antics. Alesi took up karting at 16 before moving on to race in the French Renault 5 Turbo championship, and on to Formula 3, where he won the 1987 French title.

That opened the door to Alesi finding a Formula 3000 drive with Oreca in 1988. He took a couple of podiums en route to tenth in the championship before joining Eddie the Jordan Formula 3000 team the following year (above).

He tied with Érik Comas tied on points, but took the 1989 Formula 3000 — in essence the old F2 title on a count-back of wins. His three trumped Comas’ two. During that season, where Alesi also raced in the Le Mans 24 Hour, he was for once in the right place at the right time when unsponsored Ken Tyrrell signed a deal with Camel that clashed with Michele Alboreto’s rival cigarette brand Marlboro backing. Alboreto left and Alesi was drafted in.

Sensationally Alesi found his way up to second in his Grand Prix debut at home in France and brought the Tyrell home a magnificent fourth, prompting Tyrrell to offer him an 18-month contract. Alesi dovetailed his Tyrrell duties with his Formula 3000 commitments with Johnny Herbert taking the Tyrrell wheel when Alesi’s Formula 3000 races clashed. Jean went on to score points twice more in his rookie outings in Spain and at Monza.

Read the rest at GPLegends247.com or by following the link.